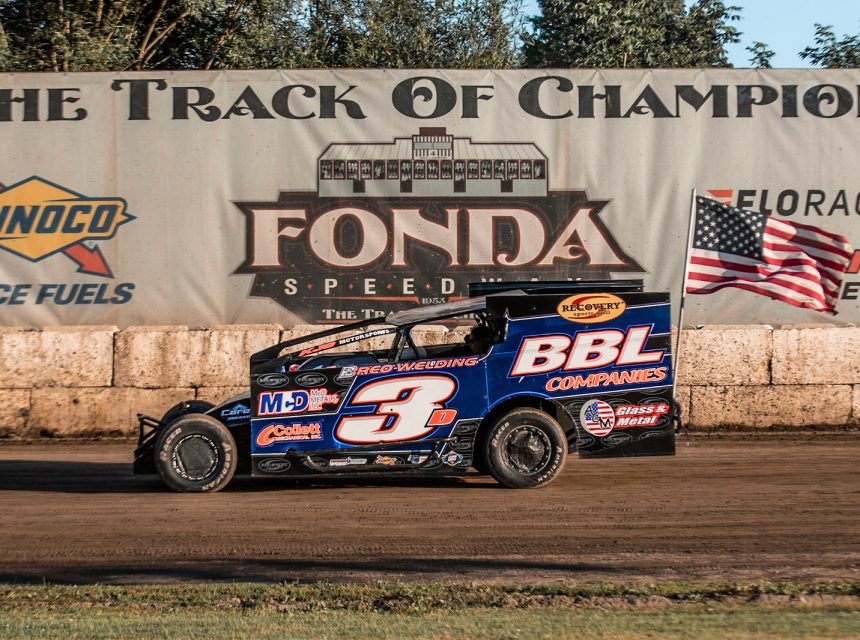 The 72nd season of racing at Fonda Speedway is on the horizon, kicking off in April 2023, the fifth season for BD Motorsports Media LLC promoting the historic half-mile oval on the Fonda Fairgrounds.

Before the on-track action gets underway, the Track of Champions annual pre-season kick-off is set for March 24-26 at ViaPort Rotterdam in Schenectady, N.Y., with the Fonda Speedway Race Car Show.  Cars will move in after mall hours on Thursday (March 23) and move out after the mall closes on Sunday (March 26).

The Northeast’s most lucrative dirt Modified event – the $53,000-to-win Fonda 200 – returns to the schedule in ’23 as a three-day festival Thursday-Saturday Sept. 14-16 with a rain date of Sept. 17. A complete weekend schedule of events will be released for the ‘200’ weekend, which will again be part of the Bob Hilbert Sportswear Short Track Super Series (STSS) Fueled By Sunoco for both the Modifieds and Crate 602 Sportsman.

2023 Season Passes and Pit Licenses are on sale now.

Season Grandstand passes are available now at $290 for Adults and $270 for Seniors (ages 65 and up). These Season Passes include all auto racing events held at Fonda Speedway, including the Fonda 200. Grandstand Season Pass holders have the option to select their seat preference for the ’23 season.

Fonda Speedway Pit Licenses are available at a discounted rate of $75 through April 1. A license grants its holder $5 off pit area admission at each event.

Season Passes and Pit Licenses can be purchased through the ‘Shop STSS’ online store on the web at www.shopstss.com or through traditional paper forms via mail at: https://www.thefondaspeedway.com/forms/