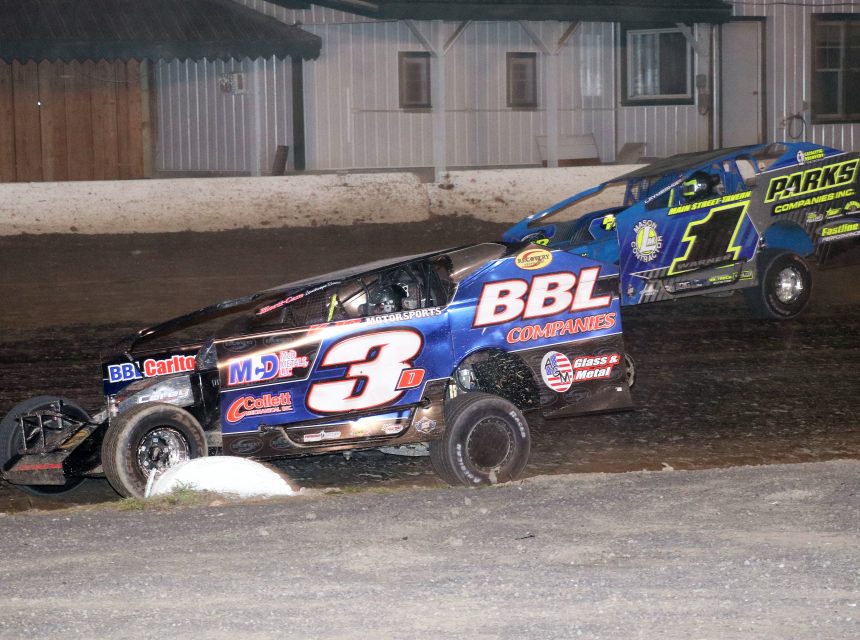 The Montgomery County Office for Aging Inc. Limited Sportsman and Fonda Fair Four Cylinders will also be in action. Gates will open at 4:00 p.m. with hot laps at 6:00 p.m. and racing at 7:00 p.m.

Before the racing action begins there will be a “Tailgate for the Cause” event as AIM Autism and One Zee Tees presents Autism Awareness Night. From 1:00 p.m. to 4:00 p.m. there will be events including a $15 chicken dinner, raffles of various items, music, a bounce house for the kids, a dunk tank, and more with all proceeds benefitting the Crossroads Center for Children.

The Crossroads Center for Children holds a special place in Stewart and Jessica Friesen’s hearts as their son Parker attended the center after he was diagnosed with Autism. This will be the third benefit for the organization held at the Fonda Speedway and organized by the Friesen’s, the first two were a huge success as this one promises to be as well.

So far in 2022 there have been four events held in the series, two races at each track, with Stewart Friesen and Matt DeLorenzo winning Modified evets at the Fonda Speedway while Matt Sheppard and Friesen won the two Modified events at Utica Rome. Cody Clark won both Crate 602 Sportsman events held at Fonda while Payton Talbot and Matt Janczuk won the two events at Utica Rome. Nick Stone has won all four of the events in the Pro Stock division, two at each track.

Tailgate for a Cause 1-4 p.m. in the Entertainment Building – $15 BBQ Chicken Dinner – Raffles – Music – Bounce House – Dunk Tank & More – All to benefit the Crossroads Center for Children