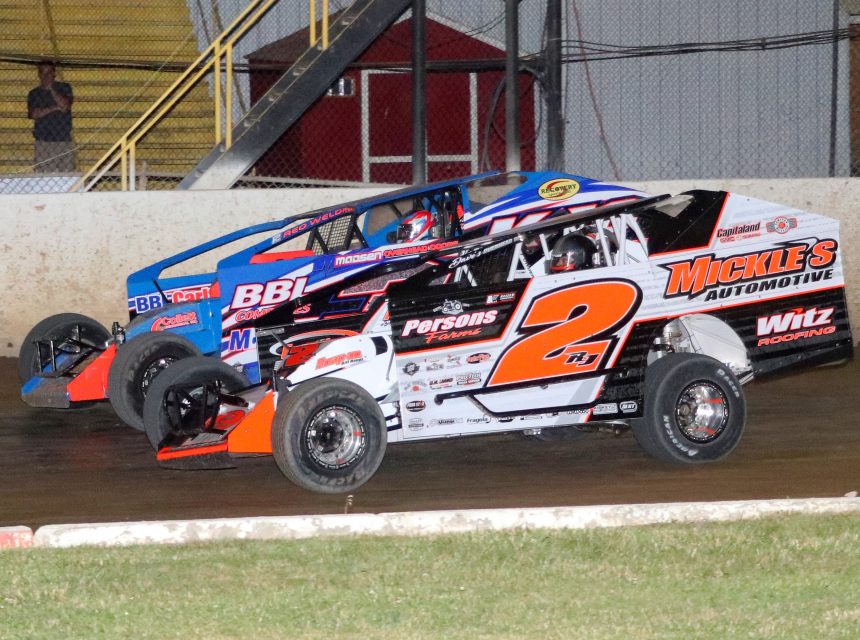 Fonda, NY – This Saturday and Sunday July 2nd and 3rd the “Track of Champions” Fonda Speedway celebrates the Independence Day holiday weekend with two races totaling $14,000 to win over the two-day stretch for the Sunoco Modified division and a total of $3,500 to win for the Swagger Factory Apparel Crate 602 Sportsman division.

So not only will the MVVDMS drivers bring the past into the future with some fun and exciting racing for the fans, but the fans will also be treated to a meet and greet by the MVVDMS dedicated drivers so the fans can get an up and close look at the cars representing the many eras of our racing past at well.

The MVVDMS Car Show at the Fonda Speedway Hall of Fame & Museum will begin at 2:00 p.m. before the 2022 induction ceremonies at 3:00 p.m. The MVVDMS will have three entertaining and thrilling features that will showcase five different classes including the Antique, Mystique, Late Model, Sportsman, and Modified divisions later on during the racing program.

The events held on Saturday at Fonda will be the third event of the season in the F.X. Caprara Car Companies Thunder on the Thruway Series for the Sunoco Modifieds, the Swagger Factory Apparel Crate 602 Sportsman, and the Algonkin Motel Pro Stock divisions. The two prior events held this season one at Fonda and the other at the “Home of Heroes” Utica Rome Speedway were won by Stewart Friesen and Matt Sheppard (Modified), Cody Clark and Payton Talbot (Sportsman), and Nick Stone (winning both Pro Stock feature events).

Then on Sunday, July 3 the Bob Hilbert Sportswear Short Track Super Series (STSS) Fueled by Sunoco heads to the “Track of Champions” for the fourth edition of the “Firecracker 50.” The STSS big-block/small-block Modifieds will take the stage on Sunday for a 50-lap, $10,000-to-win affair in Round No. 6 of the River Valley Builders Modified North Region. Fonda Speedway plays host to its fifth STSS event in the last four years, with the sixth event coming this September for the “Fonda 200.”

Sprakers, N.Y.’s Stewart Friesen remains undefeated in STSS competition at the Fonda Speedway, winning all three previous renditions of the “Firecracker 50,” plus the 2021 “Fonda 200,” which fell under STSS sanctioning.

The STSS Crate 602 Sportsman join the holiday weekend special for Round No. 4 of the Precision Hydraulic & Oil Crate 602 Sportsman North Region paying$2,000 to win. So far in 2022 three events have been held in the STSS Precision Hydraulic & Oil North Region for the Crate 602 Sportsman with Brian Krummel (Accord Speedway), Kreg Crooker (Outlaw Speedway), and Travis Green (Bloomsburg Fair Raceway) winning those events. Cream Ridge, N.J.’s Steve Davis maintains a 39-point advantage ahead of Wallkill, N.Y.’s Travis Green while Fonda Speedway’s own Payton Talbot is currently fifth in the Sportsman point standings.

A huge fireworks display will take place as well during the Sunday racing program.

The entire weekend of racing, along with every STSS and Fonda Speedway race in 2022, will be broadcast LIVE on FloRacing (www.floracing.tv).

Camping reservations are now being taken online with and without hook-ups.