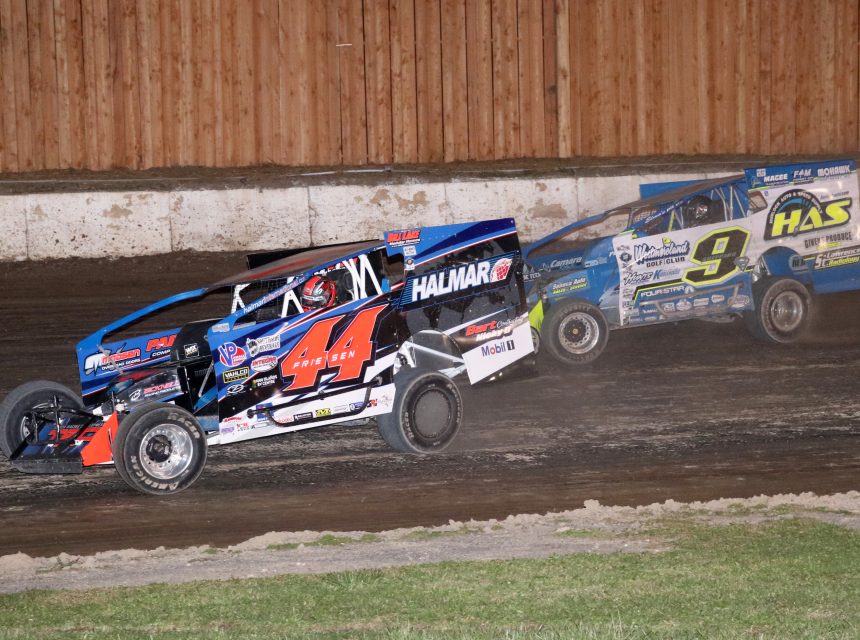 The Bob Hilbert Sportswear Short Track Super Series (STSS) Fueled By Sunoco heads to the ‘Track of Champions’ for the fourth edition of the ‘Firecracker 50.’

STSS big-block/small-block Modifieds take the stage on Sunday, July 3 for a 50-lap, $10,000-to-win affair in Round No. 6 of the River Valley Builders North Region.

Fonda Speedway plays host to its fifth STSS event in the last four years, with the sixth event coming this September for the ‘Fonda 200.’

Sprakers, N.Y.’s Stewart Friesen remains undefeated in STSS competition at Fonda Speedway, winning all three previous renditions of the ‘Firecracker 50,’ plus the 2021 ‘Fonda 200,’ which fell under STSS sanctioning.

The STSS Crate 602 Sportsman join the holiday weekend special for Round No. 4 of the Precision Hydraulic & Oil North Region paying $2,000 to win.

A huge fireworks display will take place as well.

The Modifieds race for 30-laps and a $4,000 payday, totaling the Modified winner earnings for the weekend to $14,000 with bonuses and contingency awards to be added in as well.

The entire weekend of racing, along with every STSS and Fonda Speedway race in 2022, will be broadcast LIVE on FloRacing (www.floracing.tv).