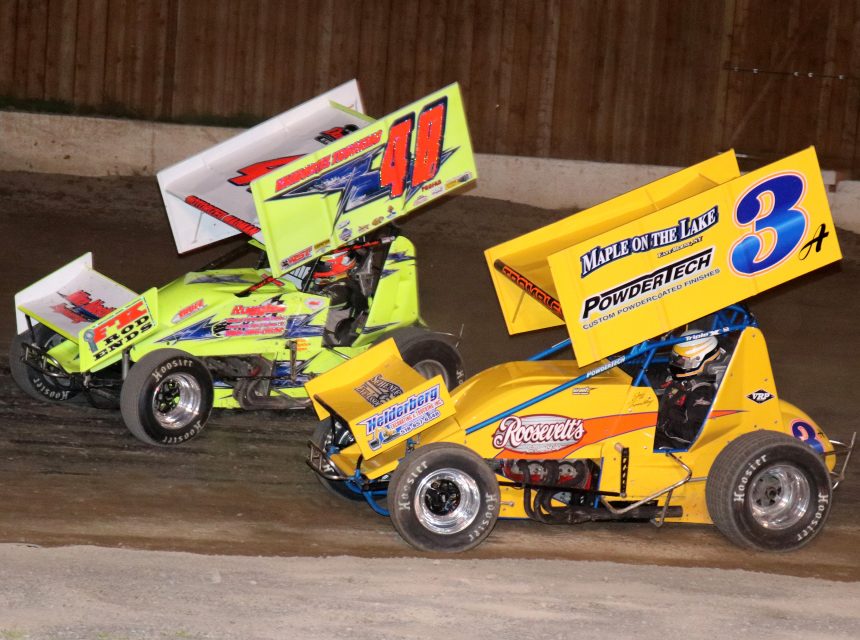 Fonda, NY – The “Track of Champions” Fonda Speedway will be back in action this Saturday, June 25 for the final racing program in the month of June with all regular divisions along with the Patriot Sprint Tour (PST) 360-Sprint cars. Gates will open at 4:00 p.m. with hot laps at 6:00 p.m. and racing at 7:00.

The Patriot Sprint Tour (PST) made their first appearance at the “Track of Champions” back on 5/28/2016 with Stewart Friesen winning that event. Since then, the PST has made five more appearances with no driver winning more than one feature event. The winners of those five events were Davie Franek, Jared Zimbardi, Jordan Poirier, Josh Pieniazek, and Paulie Colagiovanni who won in the PST’s last appearance at Fonda back on 6/26/2021.

So far in 2022, the PST has run a total of three events with Davie Franek (Outlaw Speedway), Jason Schultz (Selinsgrove Speedway), and Danny Varin (Utica Rome Speedway) winning those events. Varin will be doing double duty on Saturday at Fonda in both his self-owned #01 Sprint Car along with the Ed Monger owned, Magsarus #93 Modified. Currently Franek is the point leader on the Patriot Sprint Tour (PST) coming into Fonda this Saturday.

Chad Edwards scored his fourth win of the 2022 season last Saturday at Fonda in the Swagger Factory Apparel Crate 602 Sportsman division, placing him in a tie for second on the all-time win list in the division with 17, the first win coming back on 5/23/2015 to go along with three Crate 602 Sportsman Track Championships back in 2018, 2020, and last year in 2021. Edwards also has one career Open Sportsman win back on 5/30/2009.