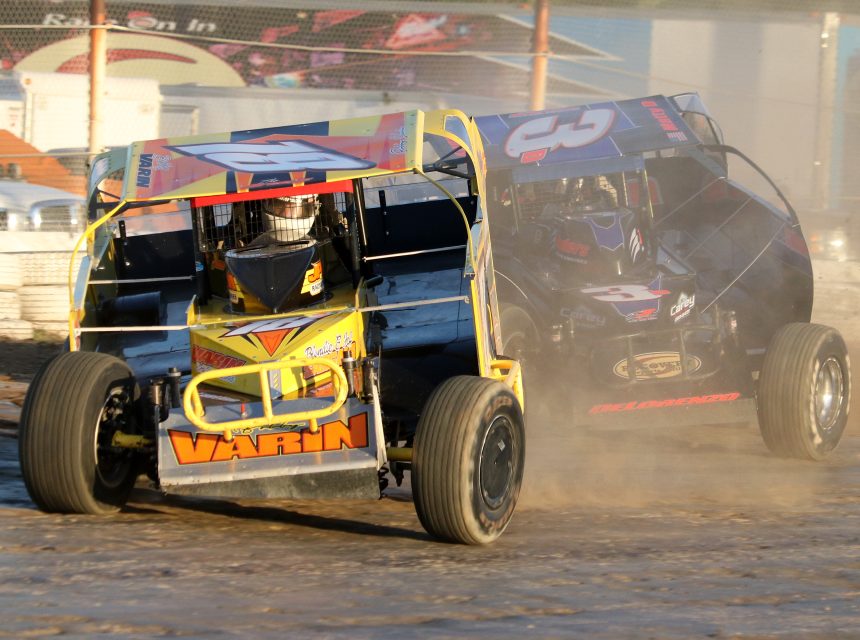 Fonda, NY – This Saturday June 18 at the “Track of Champions” Fonda Speedway a special night honoring the late Bill Anagnostopoulos will take place as the current top five in Sunoco Modified points will compete in the “Bill Ag Modified Elimination Races” with a lot of money on the line from various sponsors going to the drivers competing in the event.

This event is held in honor of the late Bill Anagnostopulos who was the owner of the Winners Circle, which is a restaurant in Fonda, NY that is located just around the corner from the Fonda Speedway. Bill was a great friend to racing and sponsored many drivers at the speedway through the years. On a typical Saturday evening, he would get away from the restaurant to attend the races at Fonda where he had many friends in both the pit area and the grandstands.

All other regular divisions will also be in action on Saturday, June 18 along with the Sunoco Modifieds including the Swagger Factory Apparel Crate 602 Sportsman, Algonkin Motel Pro Stocks, Montgomery County Office for Aging Inc. Limited Sportsman, and the Fonda Fait Four Cylinders. Gates will open to the speedway at 4:00 p.m. with hot laps at 6:00 p.m. and racing at 7:00 p.m.

Typically, the “Bill Ag Modified Elimination Races” feature the top five in Modified points plus a random driver selected from points positions six through ten. Since there is a tie in the Sunoco Modified points top five, there will be no random draw for this year’s elimination event, so the drivers who will be competing in the “Bill Ag Modified Elimination Races” are point leader Matt DeLorenzo, Ronnie Johnson, Demetrious Drellos, Bobby Varin, Craig Hanson, and Rocky Warner.

Hanson and Warner are currently tied for the fifth position in the point standings following the June 11 racing program at Fonda and will be the final two drivers participating in the “Bill Ag” event. Thanks to Tom Coughlin there will be a random draw for $100 to one driver in positions six through ten in points, but they will not be eligible for participation in the “Bill Ag” event.

Some quotes from the previous winners of the event:

“What an honor to win this race in Bill’s honor,” Ronnie Johnson said after the 2021 event. “Bill was a great guy, and it shows what he meant to everyone as this event is still being held in his honor and supported by so many people. I found a spot in turn two where I could get a good launch and I knew that if I beat everyone to turn three that I would be okay.”

“This is a very special event honoring Bill from the Winners Circle,” Stewart Friesen said in victory lane after his win in 2019. “This is a cool mid-summer special race that has become a big event so thanks to all the sponsors and the organizers for their efforts.”

“When Josh (Hohenforst) got lane choice for the last race I thought that I was in trouble,” Tim Fuller said after his win in 2018. “I was real concerned because he is fast here at Fonda on a heavy track. This event is a little different, it has a lot of pizzazz, and racing needs more of that.”

$50 In Memory of Wayne Hazzard

$100 1st Driver One Lap Down- One Zee Tees/Jessica Friesen