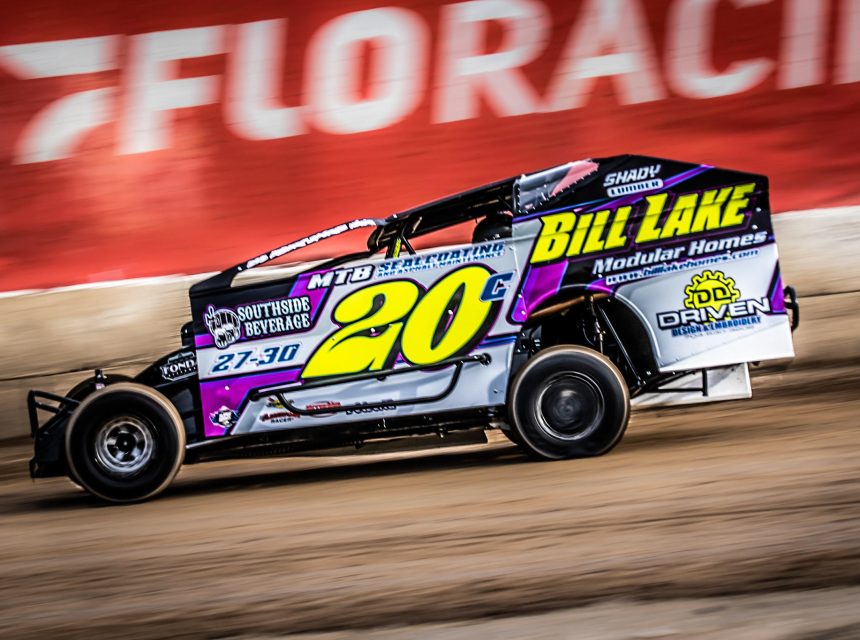 Fonda, NY – Another Saturday evening of excitement awaits local fans this Saturday, June 11 at the “Track of Champions” Fonda Speedway featuring $5 grandstand admission! On the racing card will be a Meet & Greet on the front straightaway just after hot laps for cars in all regular divisions along with cars from the Mohawk Valley Vintage Dirt Modified Series (MVVDMS). Gates will open at 4:00 p.m. with hot laps at 5:30 p.m. and racing 7:00 p.m.

The Sunoco Modifieds, Swagger Factory Apparel Crate 602 Sportsman, Algonkin Motel Pro Stocks, Montgomery County Office for Aging Inc. Limited Sportsman, and Fonda Fair Four Cylinders are the regular divisions that will be in action this Saturday in the eighth racing program of the 2022 racing season.

So far in 2022 in seven total events in all divisions, the Sunoco Modified division has seen four different winners in the seven events held led by Matt DeLorenzo with three wins. Stewart Friesen is next with two victories while Craig Hanson and Danny Varin each have one victory apiece. Four different drivers have been in victory lane so far in 2022 in the Swagger Factory Apparel Crate 602 Sportsman division led by Chad Edwards with three wins; Cody Clark with two wins; Brian Calabrese and Payton Talbot with one win apiece.

The Montgomery County Office for Aging Inc. Limited Sportsman division has six different winners so far in 2022 led by Zach Dufel with two victories followed by Kyle Dingman, Lance Hill, Josh Kane, Harold Robitaille, and Connor Prokop all with one event win. Nick Stone and Ken Hollenback are both undefeated in the Algonkin Motel Pro Stock and Fonda Fair Four Cylinder SOHC divisions respectively with seven wins apiece. Other winners in the Fonda Fair Four Cylinder class include Kerrie Hollenback with five wins in the DOHC class with John Napoli winning the other two events in the DOHC class.

The Mohawk Valley Vintage Dirt Modified Series (MVVDMS) is looking for another action-packed night according to MVVDMS promoter Laurie Fallis. The cars from the MVVDMS will be a part of Meet and Greet on the front stretch which will take place after hot laps. Three exciting MVVDMS features will be representing the many eras of racing with five different drivers in the five different divisions (Modifieds, Sportsman, Late Model, Antique, and Mystique) celebrating on F.X. Caprara in Memory of Mike Cole victory lane after their wins.

In two appearances so far in 2022 winners in the five different classes of the MVVDMS include Jimmy Fugel with two wins in the Antique class, John Marks and Carl Cram (Mystiques), Curtis Condon and John Roese (Late Model), Brian Gray and Joe Rando (Sportsman), and Randy Delaney and John Flach (Modifieds).

To become a member of the NYSSCA organization you can see Fonda Speedway NYSSCA representative Bonnie Mortensen who will be going through the pit area to sign up new members this Saturday, June 11. The cost of a NYSSCA membership is $25 per year.

Prior to Opening Ceremonies on Saturday on victory lane, the NYSSCA organization will also hand out four different awards to five different drivers. Rocky Warner and Ronnie Johnson will receive the 2021 NYSSCA Outstanding Performance Award as the first ever Modified division co-champions in the 70-year history of the Fonda Speedway where there has been twenty-six different championship winning drivers.

Also winning a NYSSCA Outstanding Performance Award will be Jessica Friesen who was the first woman to ever win a Modified feature in the history of the “Track of Champions” after her win on July 10 of last year. Friesen has competed in the Sportsman division at Fonda during her career along with Sprint cars where she has one victory in a 360-Sprint car at Fonda back on 4/29/2006 before moving up to the Modified division.

NYSSCA will also hand out two Dedication to Racing Awards to Craig Hanson and Cliff Haslun. Hanson not only runs the family business Hanson Paving but also runs the grader and does track prep at Fonda during the week and on race nights, races his self-owned Hanson Paving sponsored #20C Modified, and assists as a Short Track Super Series Official when time allows. Hanson has a career total of eight Modified wins at Fonda during his career in eight winning seasons, the first one coming on 7/30/2005 and his last one this year on 5/14/2022.

Whether it was in his self-owned #13 Street Stock or the Dennis Joslin owned Pro Stock car back in 2021, Cliff Haslun has always been a driver who does what he can with what he has. Making a lot of parts for the race car himself and getting to the track in any way possible, Haslun has always been there to compete and do the best he can with what he has making him a great candidate for the NYSSCA Dedication to Racing Award. Halsun has a total of five Street Stock victories at Fonda during his career.