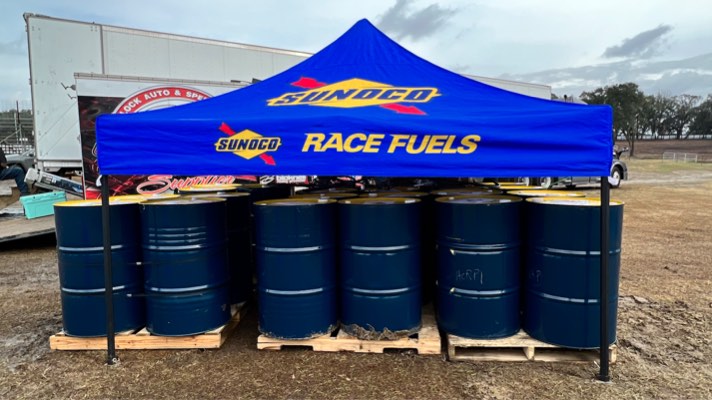 BD Motorsports Media LLC and Sunoco Race Fuels have extended their partnership for both Fonda and Utica-Rome speedways in New York State.

Sunoco Race Fuels will continue in 2022 as the title sponsor of the headline Modified division at both speedways: Utica-Rome on Fridays and Fonda on Saturdays. The division will be known as the ‘Sunoco Modifieds’ again in ’22.

Sunoco has expanded the reach of its racing fuels line around the world to include all types of professional motorsports and other activities where premium race fuels make a difference.

With its unsurpassed innovations and years of experience, it’s easy to understand why more and more engine builders, racers, tracks, and sanctioning bodies choose Sunoco over all other racing gasoline combined.

As the largest manufacturer of racing gasolines in the world, Sunoco has a 40-year track record of winning performances. Learn more at www.sunocoracefuels.com.

The Sunoco Modifieds are scheduled to take the green on 21 occasions during the ‘22 season at Utica-Rome Speedway.

The F.X. Caprara Car Companies ‘Thunder on the Thruway’ Series, the Bob Hilbert Sportswear Short Track Super Series (STSS) on two occasions including the $25,000-to-win ‘New Yorker 50’ and the ‘Ultimate Outlaw 50’ are all marquee events for the Sunoco Modifieds in 2022 at the Route 5 facility.

Fonda Speedway has 19 scheduled Sunoco Modifieds events plus the $53,000-to-win Fonda 200 weekend to close out the season at the ‘Track of Champions.’ Fonda will also feature F.X. Caprara Car Companies ‘Thunder on the Thruway’ races and two visits from the STSS in the ’22 season. The $12,000-to-win Jack Johnson Memorial Montgomery County Open in April also serves as a highlight.

Fonda Speedway saw a rarity in 2021, as Rocky Warner and Duanesburg, N.Y.’s Ronnie Johnson were declared co-champions with a tie atop the season-end points standings.

Sprakers, N.Y.’s Stewart Friesen enters the new season as the F.X. Caprara Car Companies ‘Thunder on the Thruway’ Series champion, after sweeping all five races in ’21.

The partnership between BD Motorsports Media LLC. and Sunoco Race Fuels began in 2018 and has continued to grow. Sunoco Race Fuels is the fuel provider for the Bob Hilbert Sportswear Short Track Super Series, Del.’s Georgetown Speedway and both Utica-Rome and Fonda speedways.