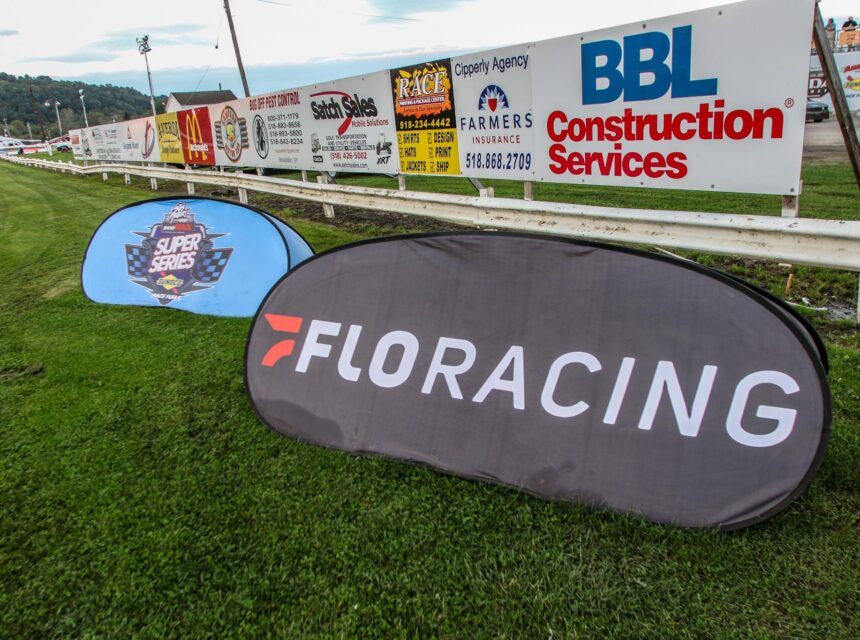 Fonda, NY – Day two of the Fonda 200 weekend presented by Southside Beverage saw 50 Sunoco Modifieds attempting to qualify for the $53,000 to win Fonda 200 coming up on Saturday. Seven cars qualified through each of the four 15-lap heat race events with the top three finishers redrawing on Saturday for starting positions in the prestigious event.

Complete finishes from the Sunoco Modified heat races can be seen at the bottom of this press release.

Racing events in the Algonkin Motel Pro Stocks, the CRSA Sprint Cars, the Fonda Fair Four Cylinders, and the Street Stocks were also held on Friday night with Kenny Gates, Jordan Hutton, Ken Hollenback, PJ Bleau, and Matt Mosher winning features in their respective divisions. For Hutton and Mosher, it was their first career wins at Fonda and for Hutton it was also his first CRSA Sprint Car victory.

Fonda Speedway announcer Chris Moore started off opening ceremonies with a prayer followed by Fonda Speedway starter Joe Kriss singing the National Anthem while Ronnie Johnson circled the track with the American Flag attached proudly to the back of his race car along with the pace truck which had the American flag proudly waving from the back of it as well.

By the luck of a redraw Kenny Gates and Nick Stone started the 25-lap $1,000 to win Algonkin Motel Pro Stock feature on the front row with Gates the early race leader. At the completion of lap one the caution flag was out with Gates maintaining the lead on the restart. By lap six Gates was a half straightaway ahead of Stone and was running lap times 0.25 secs faster than Stone to maintain the distance between the two.

Twelfth place starter Josh Coonradt was in the fourth position by lap 18 with Gates in heavy lap traffic two laps later on lap 20. Gates gave himself some breathing room on lap 21 when he went in between two lap cars in turn three with Stone now lurking close behind. Stone saw an opening on the inside of Gates in turn four at that point and went to fill the opening only to spin out all on his own to bring out the caution with Beau Ballard also involved after spinning his car to avoid Stone while running third.

Gates led the remaining laps for his second victory of the 2021 season and the 85th of his career in the division at Fonda.

“This is the shot in the arm that we needed,” Gates told Mimi Lazzaro in the Fuccillo Autoplex of Nelliston Victory Lane in Memory of Mike Cole. “The car was on rails tonight and I could go anywhere that I wanted to with it. The track was prepared well, and I couldn’t be happier. Thanks to all of my sponsors and thanks to my long-time sponsor George Smith of School House Pools for all of his support through the years it has definitely been a great ride.”

The 20-lap CRSA Sprint car feature began with Ron Greek and Jordan Hutton on the front row with Hutton taking the early lead. The red flag was out before any laps were completed for a three-car wreck in between turns one and two involving Josh Flint, Dana Wagner, and Trevor Years. Flint’s car ended up on its side in the wreck but fortunately nobody was injured.

Hutton maintained his lead on the restart with sixth place starter Jeff Trombley the new third place car on lap two. One lap later Trombley was the new second place car after getting by Greek for the position. At that point Hutton was a straightaway ahead but lap traffic brought Trombley up to him by lap seven with ninth place starter Dalton Herrick now in the third position making it a three-car battle for the lead.

The yellow flag was thrown on lap seven opening the track for the top three to battle it out to the checkered flag with a single file restart to follow. At the halfway point in the event the top five consisted of Hutton, Trombley, Herrick, Greek, and fifth place starter Jeremiah Munson. Hutton closed in on single lap cars throughout the remainder of the event but got by all of them safely on the way to his first career CRSA Sprint Car win and his first career victory at Fonda.

Trombley, Herrick, Greek and Munson completed the top five. For Trombley it was his third second place finish in a row at Fonda according to CRSA stats.

“I’m so excited right now,” Hutton said in victory lane. “I ran the car wide open all race long and I don’t think I’ve ever had such a good car. Turn four was the most challenging here at Fonda I almost went too high and out of the groove there many times tonight.”

“We had a good view of the winner again tonight didn’t we,” Trombley jokingly told Mimi Lazzaro after his second-place finish. “We were all pretty even tonight but unless he (Hutton) got into it with a lap car or something we weren’t going to get by him. I had a lot of fun tonight though.”

“We got lucky tonight,” Herrick said of his third-place finish. “I was able to stay out of trouble in the beginning and the track was really fast.”

The $500 to win 20-lap Street Stock feature was a wild one for sure starting out with John Devine in the lead from his pole position start. Joey Wilson was the second-place car by lap three after starting in the fifth position while Jason Samrov was third after starting sixth. Adam Tranka started the event in the 12th position took the third spot away from Samrov on lap six while Wilson applied the pressure to the leader.

Devine and Wilson were side by side for the lead coming down the front stretch on lap eight and they continued that way going into turn one resulting in Wilson getting sideways, but he was able to save it and continued on in the second position. Lap nine saw Tranka take the lead away from Devine but coming in to turn four to complete the lap Devine spun Tranka in turn four bringing out the caution and was put to the rear for his actions.

Jason Samrov was the new race leader on the restart with Matt Mosher the new second place car on lap 10 after starting 13th but when Jason Samrov slowed on lap 14 with mechanical issues Mosher was the new race leader. Another yellow flag flew on the last lap, but Mosher maintained the lead on the way to his first career win at Fonda followed by Wayne Gaige, Zach Sorrentino, Josh Samrov, and Slater Baker.

“This is awesome,” Mosher said in victory lane about his first career win. “I broke a brake hub in practice and started last, but I was able to make my way to the front.”

Shawn Hemstreet led the first two laps of the Fonda Fair Four Cylinder feature after starting on the pole with Randy Voris next to lead on lap three after going from fifth to first on a restart. PJ Bleau started the event in the 15th position but took the lead away from Voris on lap five and went on to his first win of the season at Fonda and the fourth of his career in the division.

Ken Hollenback finished second and was declared the winner in the SOHC class with Jeff Degroat, Kerrie Hollenback, and Slappy White completing the top five. For Hollenback it was his 13th win of the season and the 68th of his career in the division.

Saturday will be the final day of the Fonda 200 weekend highlighted by the $53,000 to win Sunoco Modified event along with a 25-lap Swagger Factory Apparel Crate 602 Sportsman feature paying $2,000 to the winner. Starting time on Saturday for hot laps is 5:00 p.m.

1st career win in the division at Fonda for Mosher