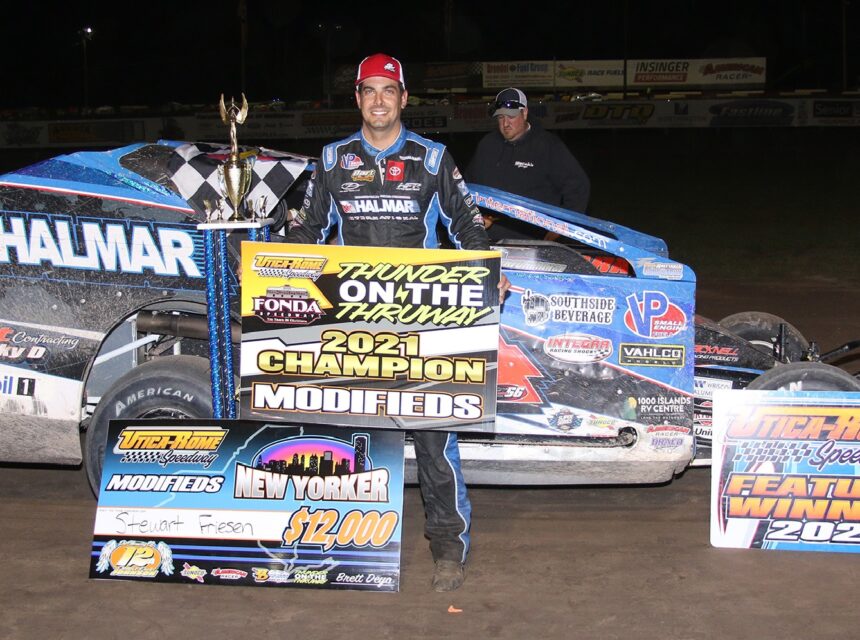 Fonda, NY – With the excitement building for the 29th running of the “Fonda 200” coming up next week on Thursday through Saturday September 16-18, it’s time to finish up some regular season business regarding the Thunder on the Thruway Series and some other notes from the 2021 regular season at the “Track of Champions” Fonda Speedway.

In previous “Fonda 200” events held since the first event back in 1955, there have been 18 different winners of the event, the last one being Stewart Friesen in 2019. No event was held in 2020 because of the COVID-19 pandemic but will the 2021 running of the event see the 19th different winner taking home the $53,000 paycheck?

For a complete list of events to be held on the “Fonda 200” weekend presented by Southside Beverage in Amsterdam, NY you can go to the Fonda Speedway website @ www.thefondaspeedway.com and click on the “Fonda 200” link at the top of the homepage.

A total of five events were held in the Thunder on the Thruway Series in the Modified, Crate 602 Sportsman, and Pro Stock divisions, three of them at Utica Rome and just two at Fonda after a rainout on Saturday, July 3.

Nick Stone led the way in the Algonkin Motel Pro Stock division regarding heat race wins with a total of six while Taylor LaPlante was the leader in heat race victories in the Montgomery County Office for Aging Limited Sportsman division also with six.