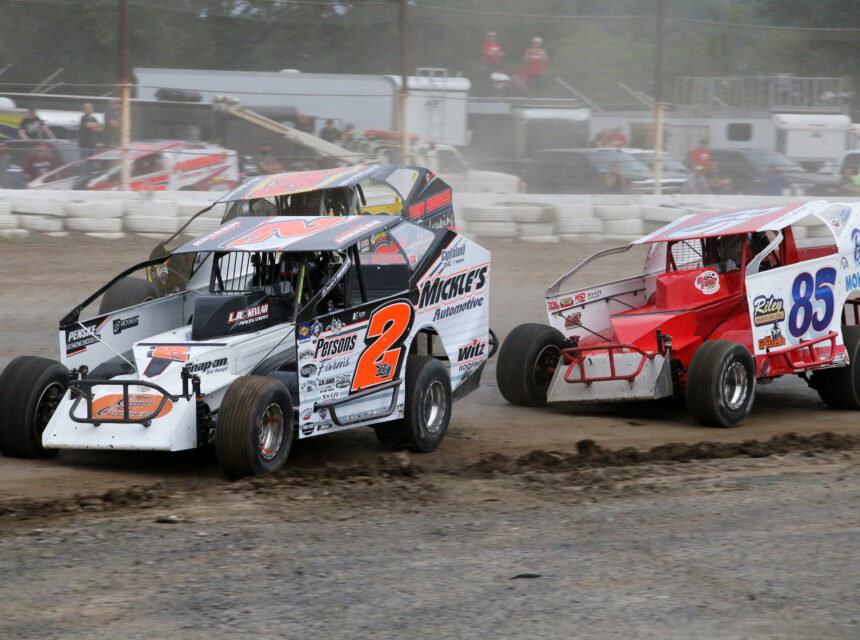 Fonda, NY – The special racing programs and events at the Fonda Speedway continue week after week, year after year. Last Saturday was Lou Lazzaro Memorial Night honoring the legendary driver who entertained us for many years at the “Track of Champions” during his illustrious career. This Saturday, July 31 another special event will be held at the speedway as Parks Companies LLC will present a racing program in all regular divisions along with the CRSA 305 Sprint Cars. Starting time on Saturday will be 7:00 p.m.

Besides the racing on Saturday the special event will actually take place before the racing action begins in the Fonda Speedway Entertainment building behind turn four from 2:00 p.m. and 4:00 p.m. as there will be plenty of activities during Autism Awareness Night including a chicken barbeque, raffles, music, a bounce house, ice cream, and more.

The highlight of the festivities will quite possibly be the “Dunk Tank” as drivers from all divisions will be participating along with Fonda Speedway promoter Brett Deyo!

Here is the schedule for the dunk tank!

Come out & dunk your favorite or least favorite driver!

All proceeds from the event will benefit the Crossroads Center for Children, which holds a special place in Stewart and Jessica Friesen’s hearts as their son Parker attended the center after he was diagnosed with Autism. This will be the second benefit for the organization held at the Fonda Speedway and organized by the Friesen’s, the first one two years ago was a huge success as this one promises to be as well.

The racing action will get the green flag with the Sunoco Modifieds, the Swagger Factory Apparel Crate 602 Sportsman, the Algonkin Motel Pro Stocks, the Montgomery County Office for Aging Inc. Limited Sportsman, and the Fonda Fair Four Cylinders all in action along with the CRSA 305 Sprint Cars.

The $1,000 to win Algonkin Motel Pro Stock feature this Saturday will be event number five in the American Racer Tire/Lias Tire Super Six Series. The previous four events of the series held so far at Fonda in 2021 have been won by two drivers, Nick Stone and Luke Horning who both have two wins apiece in the series. The fifth event in the series was to be held back on 7/17/2021 but that evenings racing program was rained out.

The CRSA Sprint Cars have made twenty-one appearances at Fonda from 2009 to 2021 with twelve different drivers winning those events led by Danny Varin with four; Josh Pieniazek with three; Cory Sparks, Kyle Smith, Mike Kiser, and Jeff Trombley all with two; Dylan Swiernik, John Matrafailo, Tyler Rice, Jordan Thomas, Brett Jaycox, and Josh Flint all with one victory apiece. In the first appearance of the CRSA Series at Fonda this year, Flint was the winner for the first time in his career at Fonda which was a very special win for him and his family.