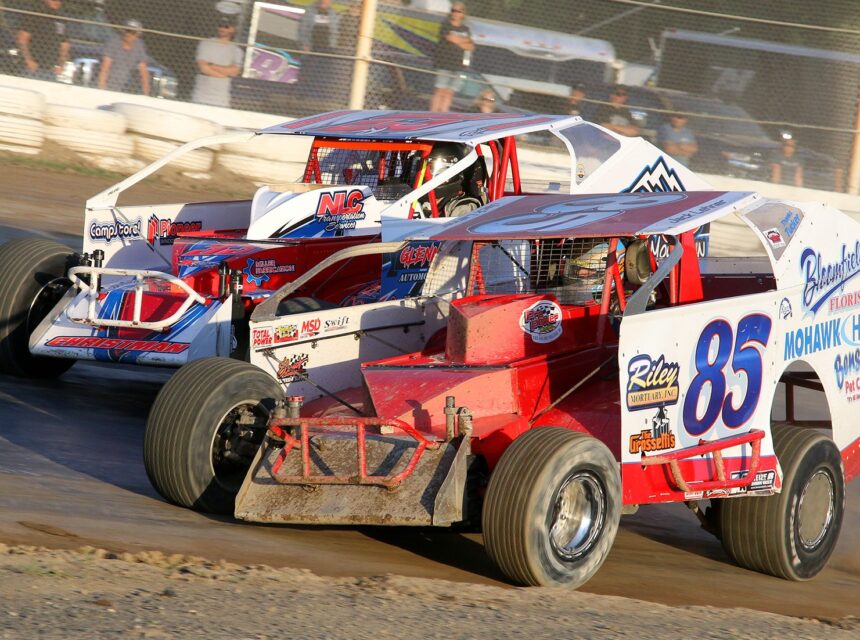 Fonda, NY – On Saturday, July 17 Bob Hilbert Sportswear and J & J Pristine Detailing will present Fan Appreciation Night with $5 grandstand admission and a pre-race Meet & Greet for the fans at the “Track of Champions” Fonda Speedway.

All regular divisions will be in action including the Sunoco Modifieds, the Swagger Factory Apparel Crate 602 Sportsman, the Algonkin Motel Pro Stock feature will be event #5 in the American Racer Tire/Lias Tire Super Six Series paying $1,000 to win, the Montgomery County Office for Aging Inc. Limited Sportsman, and the Fonda Fair Four Cylinders.

Racing will get the green flag to start the special “Fan Appreciation Night” racing program at 7:00 p.m. as the “Track of Champions” celebrates you, the loyal fans of the Fonda Speedway.

The previous four events of the American Racer Tire/Lias Tire Super Six Series held so far at Fonda in 2021 have been won by two drivers, Nick Stone and Luke Horning who have two wins apiece in the series.

Luke Horning has a career total of twenty-four wins in the Algonkin Motel Pro Stock class but his win in the Hondo Classic last Saturday was the first of his career in that prestigious event!