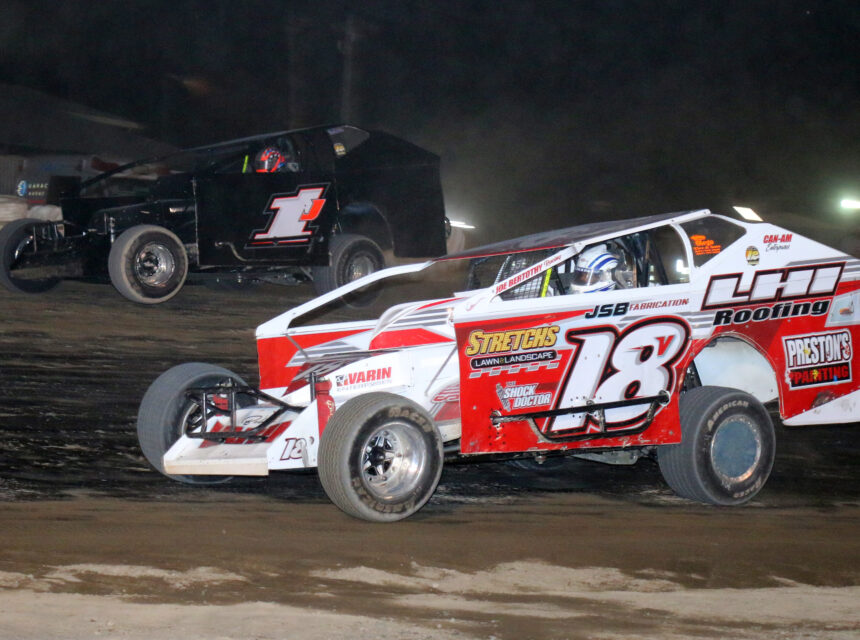 Fonda, NY – Looking for some excitement this upcoming July 4th weekend? Look no further than the Montgomery County Fairgrounds as the “Track of Champions” Fonda Speedway will feature two nights of racing excitement this Saturday and Sunday. Racing on both nights will begin at 7:00 p.m.

The MVVDMS will also be celebrating New York State Stock Car Association (NYSSCA) Night on Saturday evening with monetary awards given out to the first and second place finishers in each of the MVVDMS feature events.

The top five in Thunder on the Thruway Series Modified point standings going into Saturday’s event at Fonda show Stewart Friesen leading the points with 120 followed in the top five by Matt Sheppard (102), Josh Hohenforst (88), Jessica Friesen (84) and David Schilling (78).

The top five in Thunder on the Thruway Series Sportsman point standings going into Saturday’s event at Fonda show Cody Clark leading the points with 100 followed in the top five by Chad Edwards (90), Payton Talbot and Tucker O’Connor tied with 84, Chip Constantino (77), and Mark Mortensen (72).

Then on Sunday, July 4 will be Fuccillo Automotive Group Night featuring the Bob Hilbert Sportswear Short Track Super Series (STSS) Fueled by Sunoco Modified “Firecracker 50” $10,000 to win event along with the STSS Crate 602 Sportsman $2,000 to win event (show-up points for both divisions) plus a gigantic FIREWORKS EXTRAVAGANZA!

In the history of 50 lap events or longer at Fonda, there have been a total of 68 different winning drivers in a total of 281 modified (both big and small block) feature events from 1953-2020.

Event information has been posted for both days of the July 3-4 Independence Day weekend at Fonda Speedway.

Both days count toward the American Racer Cup presented by Sunoco for Modified and Sportsman racers.