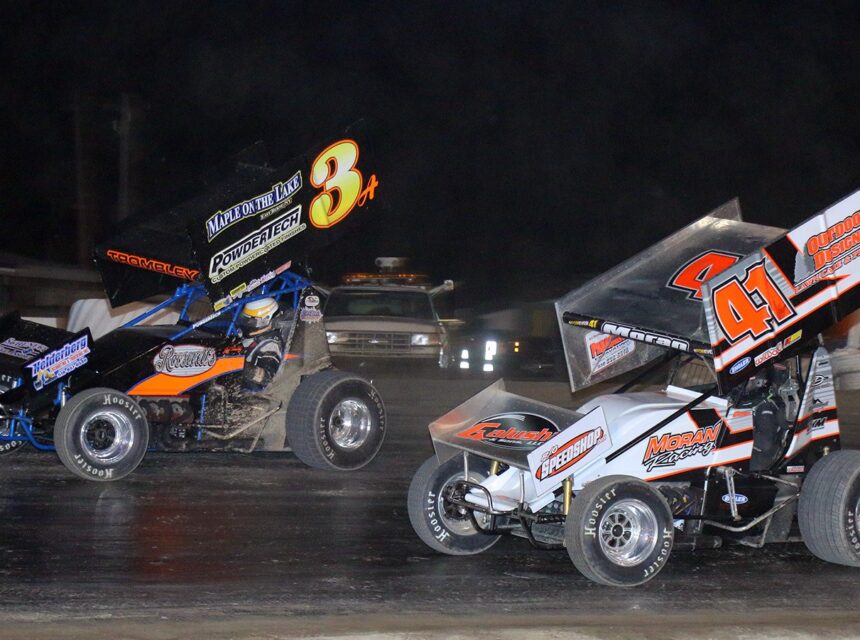 Fonda, NY – A-Verdi Storage Containers will present the racing action at the “Track of Champions” Fonda Speedway this Saturday, June 26 featuring the first appearance of the season for the Patriot Sprint Tour 360 Sprint Cars in a $3,000 to win and $300 to start main event.

The infield drive-in will be open ($70 for up to four passes) and you can register for a spot by going to https://fonda-speedway.ticketleap.com/drive-in-request…/

The Fonda Speedway Kid’s Club will also be holding their annual bicycle giveaway so if any race teams or anyone else is interested in providing a bicycle for the giveaway you can contact Ashley Abeling on Facebook or just bring a bicycle with you to the track on Saturday. The Kid’s Club is located underneath the grandstands at gate two (down towards turn four) at the east end of the covered grandstands.

Back to that July night at Five Mile Point, Halaquist didn’t win the feature, but he was impressive getting a second place ﬁnish behind Hal Rettberg. That was only the beginning as the decade that changed the country belonged to the Earl Halaquist/George Nesler duo.

Thomas Schmeh is once again putting together a lap sponsorship program for this coming Saturday’s Earl Halaquist Memorial at the Fonda Speedway! If you are interested in sponsoring a lap, please contact him or a PST official. Laps are $20 each.