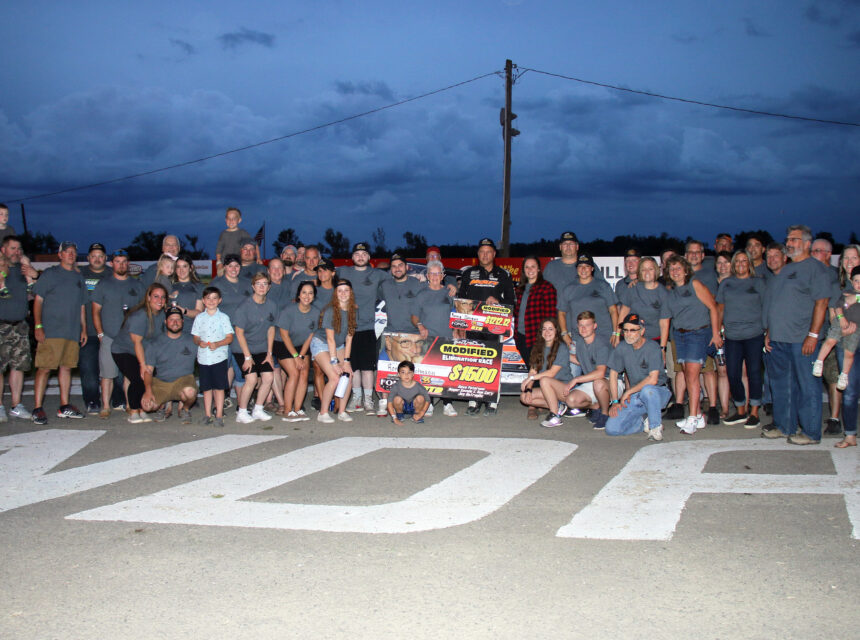 Johnson swept every round of the Bill Ag elimination match race event by taking the win in every one of the two lap events over the other five drivers competing in the event compiled of the top five in the point standings after the June 12 racing event. One by one Johnson claimed victories over Craig Hanson, Josh Hohenforst, Mike Mahaney, Jack Lehner, and Rocky Warner to take home the overall win in the event and a total of $5,678.12 for just ten laps of racing!

“What an honor to win this race in Bill’s honor,” Johnson said after the event. “Bill was a great guy, and it shows what he meant to everyone as this event is still being held in his honor and supported by so many people. I found a spot in turn two where I could get a good launch and I knew that if I beat everyone to turn three that I would be okay.”

This event was started by Mike Mallett, George, and GT Smith of Dirt Track Digest many years ago and is still very popular today with all the money being donated to the event along with a lot of extra money towards qualifying events by the many sponsors who support the event. Scott Friers is the organizer of the event and does a great job putting it all together and keeping track of all the different sponsors and money involved.

$100 Out of the Fast Lane Podcast/Brady Houser

Thanks for supporting the Bill Ag Modified Elimination Race!!!!!!