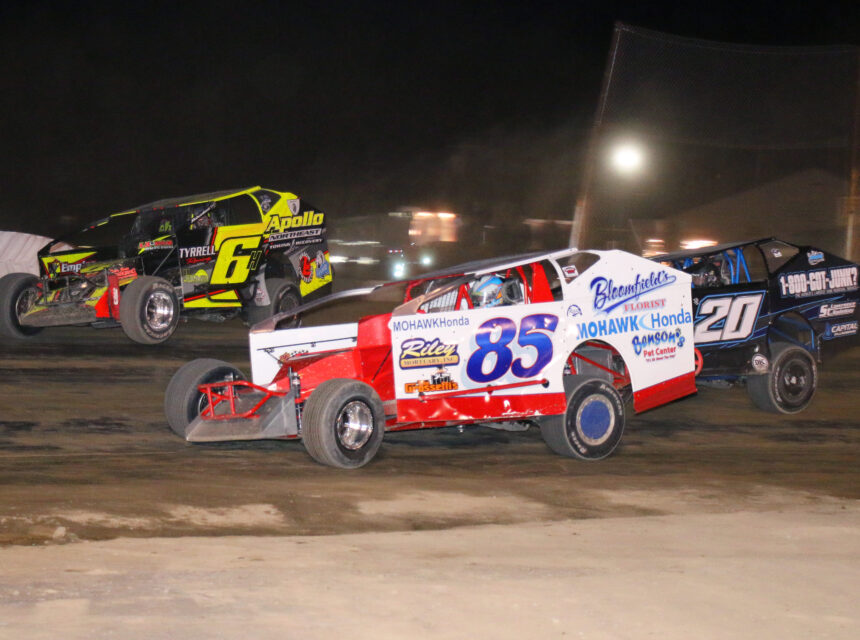 Do you have a friend or family member who has always said they would like to take in an event at the Fonda Speedway but have never had the opportunity to do so? What better opportunity than this to get them to the track as a $1 bill, four quarters, ten dimes, twenty nickels, or one hundred pennies will cover the admission price for everyone.

On Saturday May 15, St. Lawrence Radiology will present “Dollar Night” at the “Track of Champions” Fonda Speedway. St. Lawrence Radiology is a great sponsor of the half mile Montgomery County Fairgrounds facility and sponsors the 2020 Fonda Speedway Sunoco Modified Track Champion Michael Maresca along with Tim Fuller who has made a few visits to Fonda already this season.

Warner and Hollenbeck are the only drivers on that list that have victories so far in the 2021 racing season at Fonda with Warner taking the $12,000 win for the Sunoco Modifieds back on 4/24 while Hollenbeck has two wins to his credit in 2021 in what is now called the Fonda Fair Four Cylinder division on 4/17 & 5/8.

With that said who will become the next first-time winner in 2021 and will it happen this Saturday, May 15 on Dollar Night? What a perfect evening to bring a first-time fan out to the Fonda Speedway to experience the thrill that dirt track racing brings to both children and adults.

Gates open at 4:00 p.m. on Saturday evening at the Fonda Speedway with hot laps at 6:00 p.m. and racing at 7:00 p.m. The drive-in section on the infield will also be open and you can reserve your spot up until 8:00 p.m. on Thursday evening by going to https://www.thefondaspeedway.com/forms/

Also, on Saturday be sure to come to the track early enough in order to stop and look around the Fonda Speedway Hall of Fame & Museum which is located on the speedway grounds behind the bleachers in turn four to see some of the history of the “Track of Champions” Fonda Speedway right before your eyes!