FONDA SPEEDWAY & ANDY’S SPEED SHOP UP THE ANTE ON SATURDAY, APRIL 24 WITH THE $12,000 TO WIN MONTGOMERY COUNTY OPEN 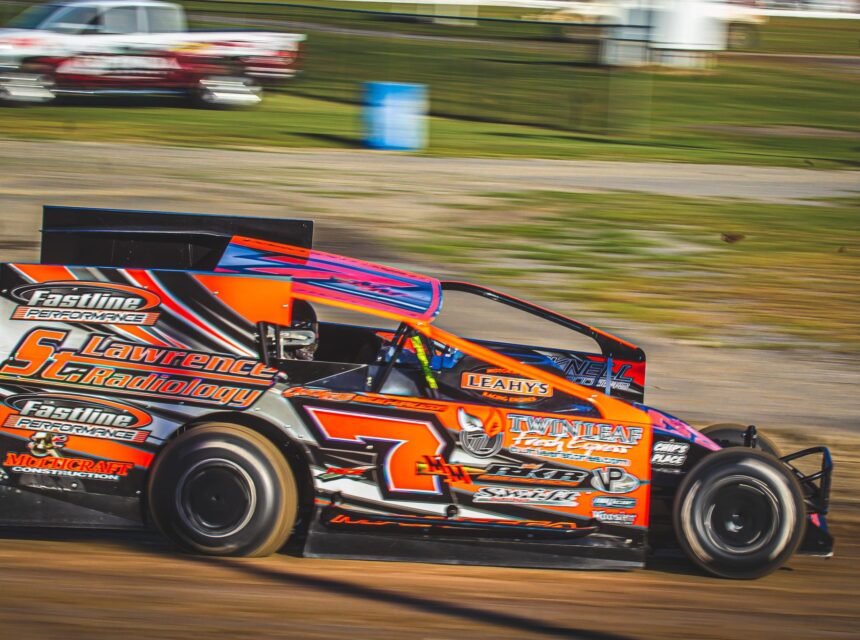 Fonda, NY – On the Fonda Speedway Facebook page the week leading up to the opening event of the 2021 season on April 17 it was announced that “we’ve upped the ante”! What that meant was that the management of the “Track of Champions” along with Mike Romano of Andy’s Speed Shop would be presenting the 40-lap Montgomery County Open on Saturday, April 24.

The Modified feature will also pay $1,000 for 10th and $500 to start on this historic Saturday night at the Montgomery County Fairgrounds half-mile. A total purse of $38,930 will be up for grabs on Saturday night and twenty-five show-up points will be awarded to each Sunoco Modified driver who is present.

Finish Line Landscaping has also signed on to present all Modified heat-race winners with $112.

The winner of the event will also be guaranteed a starting spot in the “Fonda 200” to be held in September 2021. An information sheet regarding the April 24 Montgomery County Open event along with all the rules can be found on the Fonda Speedway website or Facebook page or by clicking on the link at the bottom of this press release.

Also, in action on Saturday, April 24 will be the Swagger Factory Apparel Crate 602 Sportsman, Algonkin Motel Pro Stocks, Montgomery County Office for Aging Inc. Limited Sportsman, and the Fonda Fair Four Cylinder/Cruisers, which will all be regular points-paying events. The Mohawk Valley Vintage Dirt Modifieds will also be making their first appearance of 2021 at the Track of Champions.

As of Wednesday, of this week two different drivers who are not Fonda Speedway regulars have contacted track management that they will be at Fonda for the $12,000 to win event including 2017 Modified Track Champion Tim Fuller and Billy Pauch Jr. With that amount of money on the line the list of drivers competing will continue to grow leading up to this Saturday’s racing events.

Two Jumpin’ Jack Johnson tribute events were held at Fonda in the past, one race paying $12,000 to win for a 112-lap event. That race was held back in September of 2012 and the winner of that event was Mike Mahaney who has three career victories at the “Track of Champions”. Mahaney was also the winner of the $5,000 to win “Jack 50” race in August of 2017 along with an “Ice Jam” opening day win at Fonda back in 2012 which paid $4,000 to win.

“$12,000 this is awesome,” Mahaney said after the big win back in September of 2012 which came in the Woodside Farms sponsored #21 Troyer car. “And to honor Jack (Johnson), wow! RJ (Ronnie Johnson) is a class act; he came over and wished me good luck before the race. I was just trying to be smooth and not give up the bottom line and when Ronnie got into me a couple of times, he was just trying to tell me that I have to go faster. What a way to cap off the season, I can’t imagine a better season than this one, I can’t believe it.”

A full information sheet for the April 24th event at Fonda, including Modified rules, is available on the web at April24MontgomeryCountyOpenInfoSheet.pdf (thefondaspeedway.com).

Pit admission is $35 for Fonda Members and $40 for Non-Members.