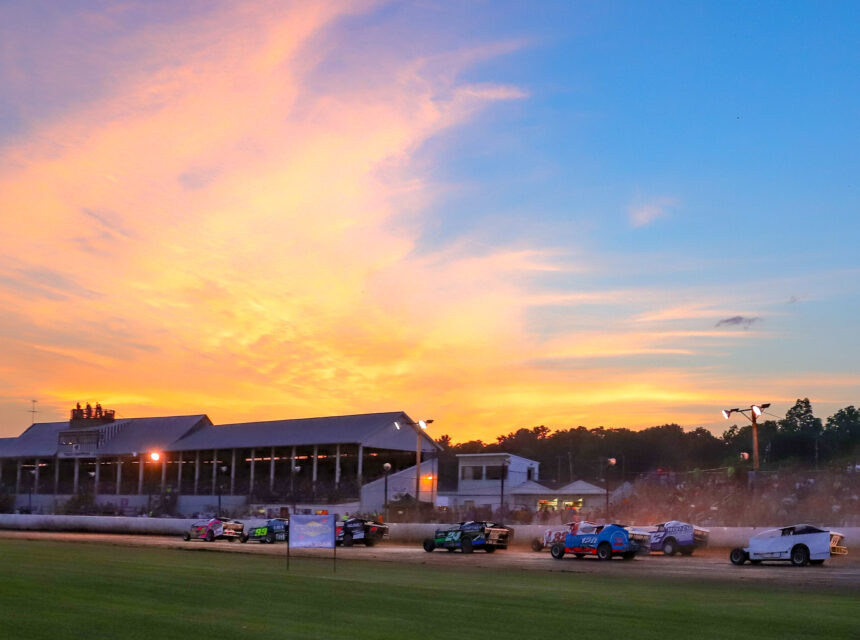 The current BD Motorsports Media management team will remain in place at the Track of Champions through, at minimum, October 31, 2023. The original three-year agreement was slated to end this October.

“The Montgomery County Agricultural Society board members have been excellent partners and we are thrilled to continue working with them at Fonda Speedway,” Brett Deyo said. “Even through a very trying 2020 season, we were able to move forward and give our competitors a place to race and fans the ability to attend a limited number of events in-person and watch every race live on Dirt Track Digest TV.”

Since acquiring the keys to the facility in the fall of 2018, the speedway has seen numerous upgrades including all new concession equipment, a new sound system, painting and other clean-up projects, a pit-area reworking/leveling, lap counter renovation and most recently a complete resurfacing of the speedway with fresh clay. The total investment into the facility in two years tops $150,000.

The 2019 season was an overwhelming success story with more than 4,000 fans attending the first ‘Dollar Night’ increasing crowds and car counts and the return of the famed ‘Fonda 200’ paying $53,000 to win among the highlights.

“We are hoping for relaxed New York State COVID restrictions this season, so we are able to regain the momentum and positive direction we built in 2019,” Deyo said. “We’ve got a great team in place at Fonda with Jamie and Denise Page, Angela Hanson, Michael Parillo, Craig Hanson and every one of our staff members who have gone above and beyond on race night and during the week.”

Despite regulations limiting fan attendance in ’20, Fonda Speedway was able to complete a partial schedule that began in mid-June. A point fund of more than $16,000 was distributed to competitors at year-end.

The ’21 season is scheduled to get underway on Saturday, April 10 with Open Practice followed by the Palmer’s Service Center Season Opener a week later, on April 17.