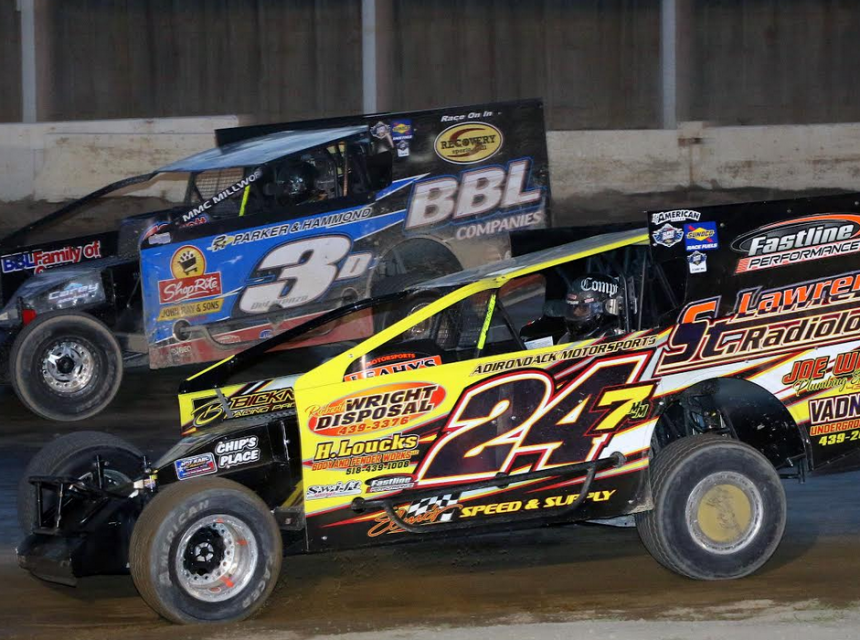 Fonda, NY – The curtain will come down on the 2020 season at the Fonda Speedway on Sunday, September 13, putting a period on a shortened campaign at the Track of Champions. After finishing up the point season on Aug. 15, one final event takes place on Sunday September 13, the Montgomery County Open which will be broadcast live on Dirt Track Digest TV (www.dirttrackdigest.tv).

The Sunoco Modifieds will headline the “Montgomery County Open” utilizing sail panels for this event, which offers an increased $3,500 to the winner for 30 laps. Rules have been relaxed for this non-point show, which will feature a draw for heat-race starting positions and redraw of top qualifiers for the main event. This will be only the third time since BD Motorsports Media LLC took over the promotion of Fonda Speedway that sail panels are permitted on Modifieds.

The Swagger Factory Apparel Crate 602 Sportsman are set for a $1,000-to-win, 25-lap event, joined by the Algonkin Motel Pro Stocks racing 20 laps and earning a cool grand for their efforts. The Roberts Towing & Recovery Street Stocks will battle in an event offering $500 to the winner and a rules package allowing cars legal to compete at neighboring Lebanon Valley, Albany-Saratoga, and Glen Ridge to join the Fonda regulars.

All event rules have been posted on the Fonda Speedway website at the following link: https://www.thefondaspeedway.com/wp-content/uploads/2020/08/MontgomeryCountyOpenInfoSheet.pdf

Looking back in history at the results of the first racing event held after the annual Fonda Fair here are the results of events held 5, 10, 15, & 20 years ago.

Finally, on 9/16/2000 the winners were Michael Ballestero (Open Sportsman), Kenny Gates (Pro Stock), Bob VanAernam (Street Stock), and Jim Rajczi (IMCA). The Modifieds were not a part of the racing program.