FAN BOOSTED $3,000 TO WIN FOR THE SUNOCO MODIFIEDS THIS SATURDAY, AUGUST 1 AT FONDA 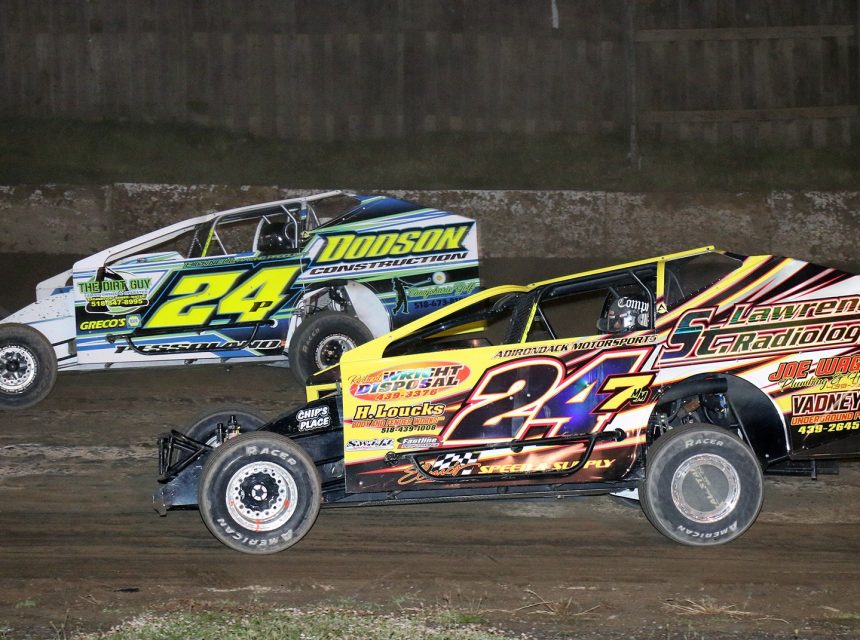 Fonda, NY – On July 22, Fonda Speedway promoter Brett Deyo announced the remaining 2020 schedule for the “Track of Champions” Fonda Speedway on their Facebook page and track website. After two weeks of no racing action at the Montgomery County Fairgrounds facility the racing engines will come back to life on Saturday, August 1.

In competition on Saturday, August 1 will be all regular divisions including the Sunoco Modifieds, the Swagger Factory Apparel Crate 602 Sportsman, the Montgomery County Office for Aging Inc. Limited Sportsman, the Algonkin Motel Pro Stocks, the Robert’s Towing & Recovery Street Stocks, and the Four Cylinder Cruisers.

Due to New York State Regulations, the grandstands and infield will be closed on Saturday, August 1 but the event will be streamed live on www.dirttrackdigest.tv

Fonda Speedway boasts some of the most loyal and passionate fans in the sport of racing and soon after the August 1 race date was announced a dedicated Fonda fan boosted the Sunoco Modified winner’s share to $3,000!

Going into the Saturday, August 1 event the top five in point standings in all divisions are as follows:

FONDA SPEEDWAY 20 YEAR HISTORY FOR THE WEEK OF 8/1

On 7/31/2010 the winners at the Fonda Speedway were Bobby Varin (rain delayed from 7/24) and Jimmy Davis (Modified), Luke Munroe (both the rain delayed Open Sportsman feature from 7/24 and the regular scheduled feature), Rocky Warner (Pro Stock), Rob VanAernam (Street Stock), George Catanzano (IMCA), and Derrick McGrew Sr. (first and only career win in the Crate 602 Sportsman).

On 7/30/2005 the winners at the Fonda Speedway were Craig Hanson (first career win in the Modified division out of a current total of seven, the last win coming on 7/30/2016), Erik Nelson (first and only career win in the Open Sportsman), Kenny Martin Jr. (Pro Stock), Dwight Oldorf and Jeff Crosier (Street Stock), and George Catanzano (IMCA).