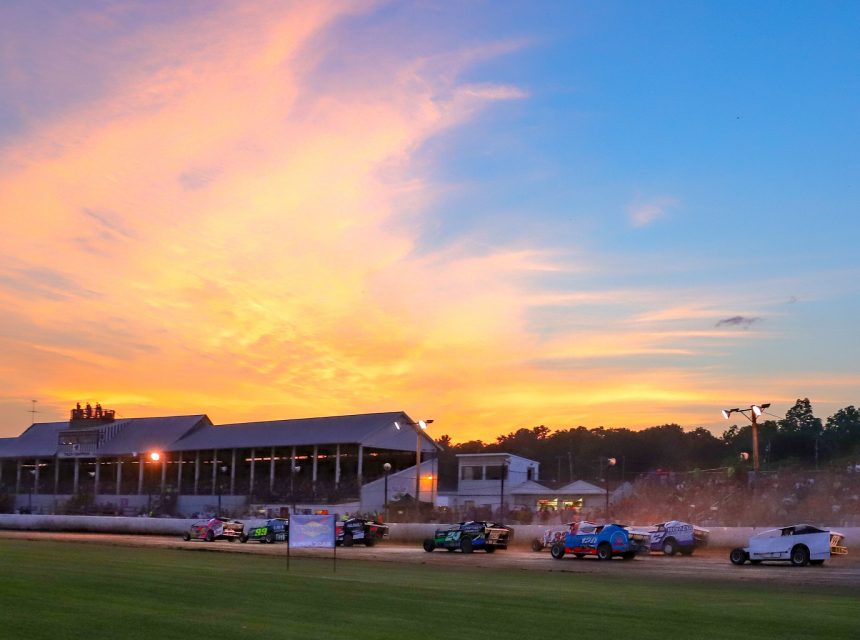 During Saturday night’s Awards Banquet at Treviso by Mallozzi’s in Albany, N.Y., the tentative ‘20 schedule for the Track of Champions was released with returning favorites and new highlights.

Competitors will be treated to a resurfaced half-mile oval. More than 3,000 yards of fresh, rock-free clay was spread shortly after the completion of the season.

The first on-track activity is scheduled for Saturday, April 11 with an Open Practice session.

Opening Night will follow a week later on Saturday, April 18.

Fonda ‘Loyalty Night’ is set for the second straight season on April 25 with Modifieds racing for a massive $8,000 to win.

The ‘Dollar Night’ is back on the schedule on May 9 featuring $1 grandstand admission. More than 4,000 race fans took advantage of that promotion a year ago.

Additionally, two $5 grandstand admission nights have been planned for the ’20 season: the first on June 6 and the second August 1.

Two legends of Fonda Speedway will be recognized in May: Lou Lazzaro Memorial Night May 16 featuring $4,444-to-win Sunoco Modifieds and a week later with the Dave Lape Tribute Twin 22s on May 23.

The Bill Ag Memorial Elimination Race is back on June 20 for Sunoco Modifieds.

The A-Verdi Patriot Sprint Tour (PST) 360 Sprint Cars invade on June 13 as a compliment to the annual Fonda Hall of Fame Night.

CRSA Sprint Cars have two appearances planned: July 25 and Friday, September 18 as part of the 200 weekend.

After raising $15,700 last year for the Crossroads Center in Schenectady, N.Y., the One Zee Tees Autism Awareness Night returns to the schedule on July 18 with Sunoco Modified Twin 20s on the track.

Pro Stock competitors will compete for a larger $800 weekly winner’s share in ’20 and have a number of special events including the Hondo Classic June 6, a $1,776-to-win ‘Red, White and Blue Special’ on July 4 and Twin 15s on August 8.

Championship points will run from April 18 through August 15.

Season passes for both the grandstands and pit area in addition to pit licenses are available now. Forms can be downloaded at the following link: https://www.thefondaspeedway.com/forms/

The ’20 schedule remains in the working stages. Additions and/or changes are possible. Marketing opportunities remain available by contacting the speedway office.

All events are Saturdays unless noted otherwise

May 16 – Lou Lazzaro Memorial Night: Sunoco Modifieds: 44 laps, $4,444 to win plus other bonuses – $4 off admission with Lou Lazzaro tee-shirt