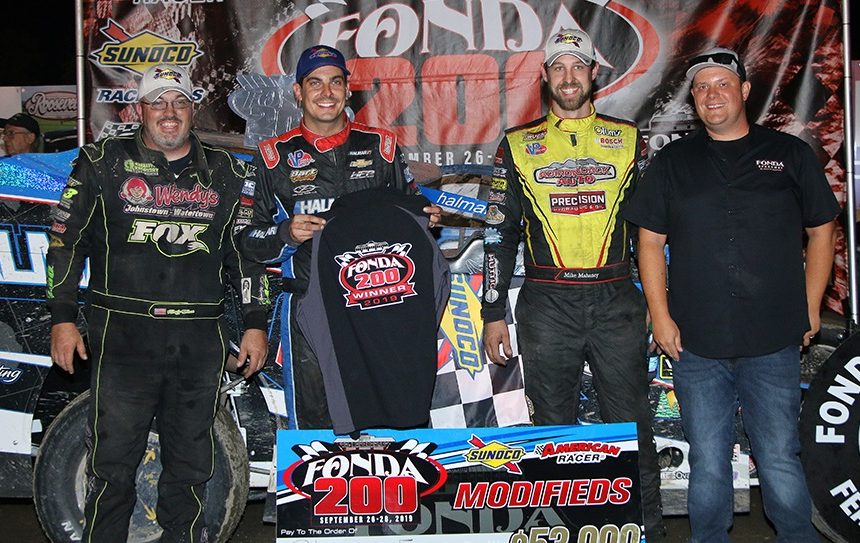 FONDA, NY – In 2019 at Fonda Speedway, a tradition was restored.

For the first time in nearly two decades, the Fonda 200 returned to the Track of Champions last September as a three-day racing festival highlighted by the $53,000-to-win, 200-lap big-block/small-block Modified crown jewel.

“We were thrilled with the energy, buzz and excitement the 200 brought to Fonda Speedway last season,” Fonda promoter Brett Deyo said. “Our entire team stepped up to the plate and put together a weekend fans are still talking about.

“This season, we are going even bigger by increasing the start money to $1,000. With the boosted payout and a complete resurfacing of the track with new clay, this event should be even more attractive and attainable to Modified competitors around the Northeast and Mid-Atlantic.”

The weekend schedule of events will be similar to the ’19 edition.

Thursday night (Sept. 17) will be reserved for trailer and camper parking with open practice for teams on the half-mile track.

Complete pricing and times – in addition to reserved tickets and camping – will be released in the near future.