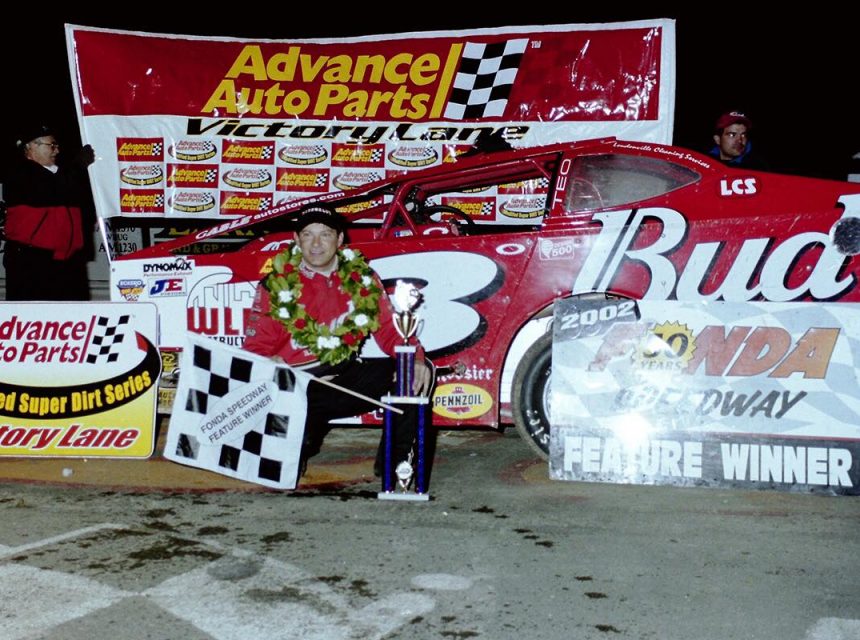 FONDA, NY – Some of the sport’s most iconic names have put their name in the record books since the very first Fonda 200 was contested as a NASCAR Grand National event in 1955.

Only one driver has won it four times: Brett Hearn.

‘The Corporate Jet’ hopes to add a fifth ‘200’ victory to his resume at Fonda Speedway in 2019. The Fonda 200 returns to the Track of Champions Thursday-Saturday Sept. 26-28 with the largest purse structure ever offered at the half-mile track located just off New York State Thruway Exit 28.

The most recent 200 took place 17 years ago in 2002. That marked Hearn’s fourth triumph in the prestigious event.

The Madsen Motorsports No. 20 operation has filed its entry for the revival of the 200 at the end of September.

Rules and Race Procedures for the 200 have been posted at the following link: https://www.thefondaspeedway.com/wp-content/uploads/2019/08/Fonda200RulesandProcedures.pdf

The Registration Form for Modifieds can be found here. Teams can save $50 on registration if entered by Sept. 7: https://www.thefondaspeedway.com/wp-content/uploads/2019/08/Fonda200ModifiedEntryForm.pdf

Complete Fonda 200 payout information is on the following link: https://www.thefondaspeedway.com/wp-content/uploads/2019/08/Fonda200Payout.pdf

A Fonda 200 information page can be found on the speedway website: https://www.thefondaspeedway.com/fonda-200/