FIRECRACKER 50 THIS WEDNESDAY, JULY 3 AT FONDA FEATURING A $39,200 CASH PAYOUT 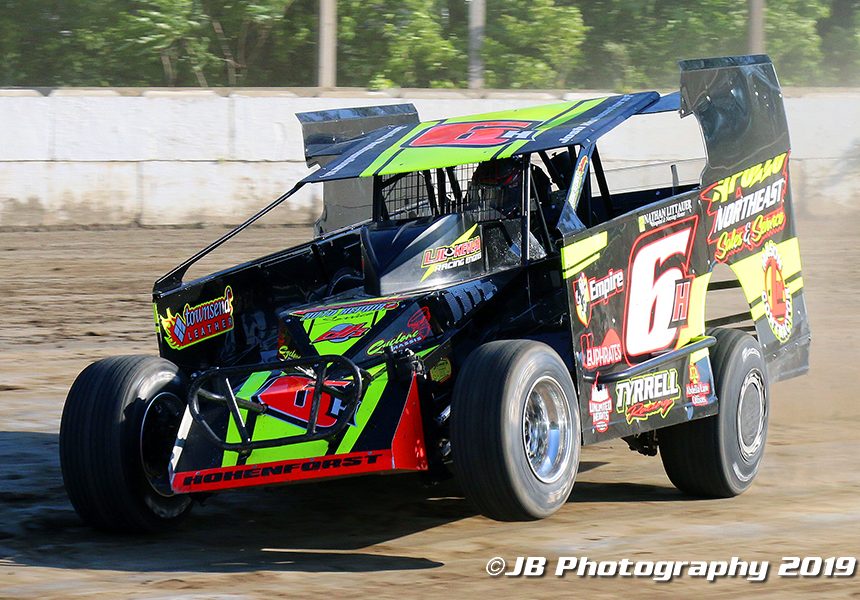 FONDA, NY – The season of special events and resurgence of the legendary “Track of Champions” Fonda Speedway continues on Wednesday, July 3 as the inaugural Fuccillo Automotive Group “Firecracker 50” presented by Teo-Pro car takes to the Montgomery County Fairgrounds ½ mile track.

The Bob Hilbert Sportswear Short Track Super Series (STSS) Fueled by Sunoco makes its debut at the “Track of Champions” in the fifth Halmar International North Region event of the 2019 season.

Through the efforts of John Lakata, all 50 laps have been sold at a minimum of $100 each for a total lap money distribution of $5,005.  This lap money will be handed out through the field from drivers running first to last, meaning more competitors will benefit. Lakata also created and built a special trophy for the event that will be treasured by the race winner!

Additional bonuses will be paid out for the event by the following people and/or companies:

Superior Remodeling of Slate Hill, N.Y., will present a Halfway Leader Bonus of $200 cash in addition to the lap money.

The driver passing the most cars overall in heat-race competition receives $125 from MJK Home Maintenance in Middletown, N.Y.

Fonda Speedway’s top representative in the 50-lap main takes home $100 courtesy of the 178th Fonda Fair and the Fonda Fair Board.

Timco Transportation will reward the two drivers unable to qualify with the longest haul to the speedway with $150 each.

The highest-finishing driver in the first heat race not transferring to the main takes home $200 cash from James Osterhoudt.

The two top finishers from consolations unable to qualify will receive $100 each, also from Timco Transportation.

In the history of 50 lap events or longer at Fonda, there have been a total of 68 different winning drivers in a total of 278 modified (both big and small block) feature events from 1953-2018.

Crate 602 Sportsman have not been forgotten in this open-wheel doubleheader. The 25-lap STSS North Region event is offering an unprecedented $2,000 to win and $1,000 for second!

Additionally, the event will be recorded for national broadcast on MAV-TV with a targeted broadcast date in September.

Complete ‘Firecracker 50’ race information can be found on the STSS website on the following link: http://shorttracksuperseries.com/wp-content/uploads/2019/06/FondaSpeedwayRaceInformation.pdf

Fonda Speedway is located at 21 S. Bridge Street Fonda, NY 12068. To learn more, contact the speedway office at 518.915.4395 or visit the official website at: www.thefondaspeedway.com.