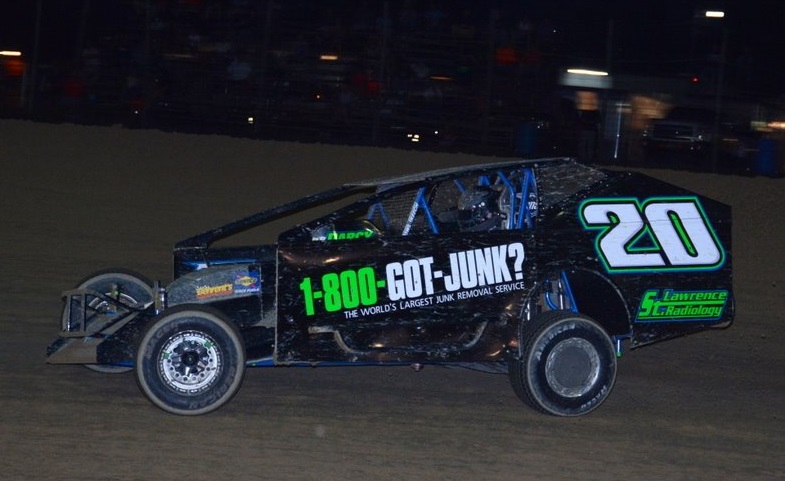 FONDA, NY – David Schilling has made his mark as a consistent frontrunner in the Sportsman division of upstate New York.

Now, he is set to embark on a bigger challenge.

Schilling will move into the Sunoco Modified ranks for 2019 at Fonda Speedway, tackling the headline division at the ‘Track of Champions’ with support from St. Lawrence Radiology and 1-800-GOT-JUNK?

The opportunity to advance from the Crate 602-powered Sportsman division to the competitive Modified ranks at Fonda is thanks to the Maresca family and their St. Lawrence Radiology based in Potsdam, N.Y. The sponsorship support allowed Schilling to order a new powerplant from Bedell Racing Engines for the ’19 season.

“’Doc’ (Maresca) is a big part of making this happen,” Schilling said. “I can’t thank the Marescas enough for giving me the opportunity to move up.”

Schilling will install the new engine in his No. 20 Bicknell chassis. He knows there will be a learning curve and hopes to make some starts prior to the Fonda gates opening in mid-April.

“It’s a big jump (from the Crate),” Schilling said. “Getting seat time is key in the beginning to get me up to speed. I just hope I can be half as fast as Tim (Fuller) and Mike (Maresca) were there.”

Schilling is no stranger to success. He has traveled the Northeast extensively since moving from pavement Legend Car racing to the dirt Sportsman ranks. He is a past winner at Albany-Saratoga Speedway in Malta, N.Y., and Bear Ridge Speedway in Bradford, Vt.

Schilling is optimistic about spending his Saturday nights along the Mohawk River at Fonda this summer.

“There is a lot of buzz about Fonda right now,” he said, adding, “the weekly payout is good back through the field and we have some big races on the schedule to prepare for.”