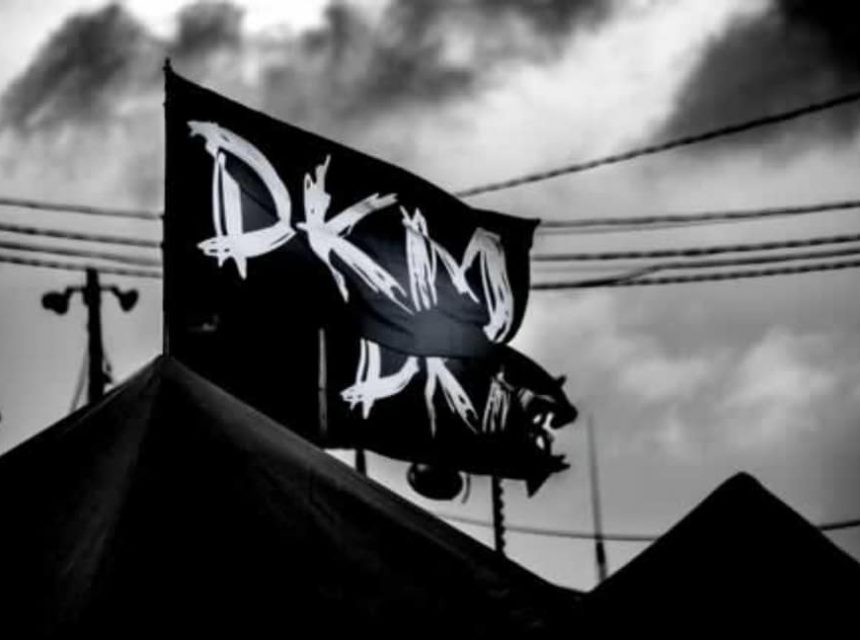 Located within earshot of the speedway in Fultonville, N.Y., DKM is a movement and a 100-percent in-house racecar company that is disrupting the way dirt Modified chassis are designed and built. DKM leverages its advanced engineering knowledge and use of state-of-the-art technology to design the fastest cars available on dirt.

The DKM background of founders Dave Constantino, Eric Mack and Kyle Hoffman stems from a deep technical understanding of dirt oval racing and a meticulous obsession with quality. DKM-built cars of the ‘Black Flag Crew’ were regular visitors to Fonda’s famed checkerboard square during the ’18 season.

Since taking the lease of Fonda’s half-mile oval in November, the new management team has ‘disrupted’ dirt Modified racing in the region with strong, well-balanced pay structures, innovative ideas and the resurrection of the Fonda 200 paying $53,000 to win in September!

The ‘Black Flag Section’ will be marked with DKM flags in the air and signage throughout.

Fonda Speedway gets the green flag on Saturday, April 13 with Open Practice for all divisions.