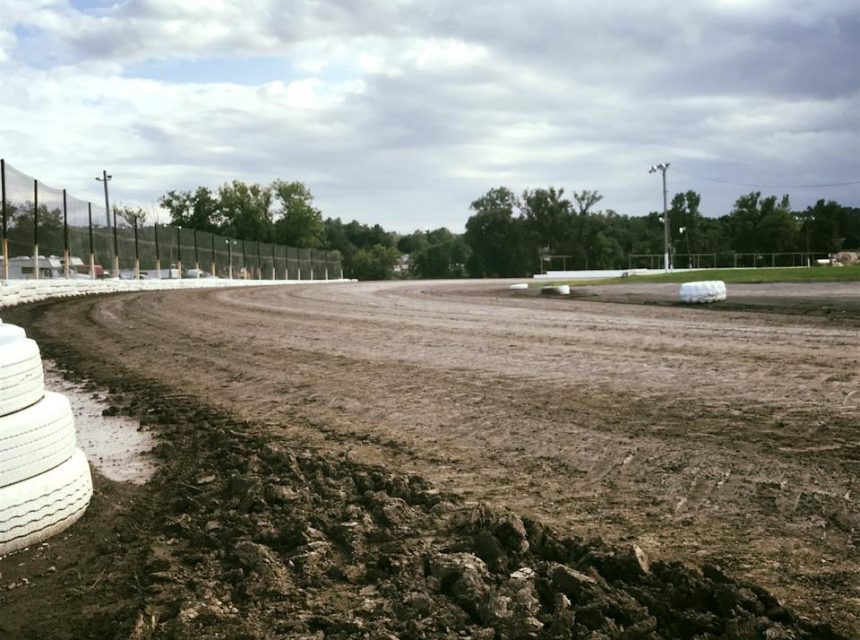 FONDA, NY – After a successful Capital District Racecar Show last weekend where many of the Fonda Speedway competitors showed off their cars for the 2019 season, the focus now turns to Saturday, April 13 when an open practice is planned at the “Track of Champions” followed by opening night of the 2019 season the following Saturday, April 20.

In case you have missed some of the announcements that have been made throughout the winter months by new Fonda Speedway promoter Brett Deyo of BD Motorsports Media LLC here is a brief rundown of what has been announced since Mr. Deyo took over the reins at the “Track of Champions” last November.

Since 1953, the legendary Fonda Speedway has played host to the Northeast’s most talented competitors and passionate fans. For 2019, the “Track of Champions” is poised for a return to prominence. With a new management team under the BD Motorsports Media LLC promotion, Fonda Speedway launches into the 2019 campaign with reduced admission, special events, and larger purse structures. It’s truly a “win-win-win” for supporters of the Montgomery County Fairgrounds half-mile track.

Admission for Adults has been rolled back to $11 for weekly Saturday night events in 2019!

Seniors (ages 65 and up) pay $9 while Kids 11 and under are FREE. New for 2019 is the Fonda Speedway “Dollar Day” scheduled for May 18 offering $1 admission into the grandstands. This event will feature all classes including the Modifieds.

All Fonda divisions will race for more money in 2019!

While Limited Sportsman, Street Stocks, and Four Cylinder Cruisers will all be paid throughout the field in the 2019 season.

Both the Modified and Sportsman competitors will be eligible to participate in the lucrative American Racer Cup presented by Sunoco!

Which distributes $51,450 in cash and hundreds of tire certificates annually to teams competing at American Racer tracks across the Northeast.

On Wednesday July 3rd, 2019 the Fonda Speedway will once again be in the limelight of the racing world as national television channel MAV-TV records the “Firecracker 50” $10,000-to-win Modified race from the “Track of Champions” in Fonda, N.Y. for broadcast! The Bob Hilbert Sportswear Short Track Super Series Fueled By Sunoco Racing & Fonda Speedway officials are amped up for this mid-week event to put Fonda Speedway back on the map on a national level. This event will have promotional support from John Lakata, who organized the wildly successful “Jack” event at the track in 2015.

That is the magic number to be paid out at the September 28, 2019 “Return of the Fonda 200”! This historic modified race will pay $53,000 to the winner, $20,000 to 2nd and $10,000 for the 3rd place! Also announced before the event was held, the winner of the Northeast dirt season opening event at the Georgetown Speedway on March 16 will be a guaranteed starter for the Fonda 200. Stewart Friesen was the winner of the event giving him the guaranteed starting spot for the big paying “Fonda 200” event!

Dollar Day Coming To the “Track of Champions”!

In keeping up with the changes at the Fonda Speedway in 2019, we wanted to do something to send along our appreciation to the loyal fans of Fonda. What better way to do it than having a “Fonda Speedway Dollar Day”! On Saturday, May 18, 2019, when the grandstand gates open up, ticket sellers will be proud to say “One Dollar Please”, and your admittance into the famous Fonda 1/2 mile will be granted. All weekly divisions will be in racing action that evening, which does include the Modifieds!

Seeing Double @ the “Track of Champions”!

For many seasons at the Fonda Speedway, Modified Twin 20’s were always a night you would not want to miss. In 2019, there will be two nights of double features for the modified division paying $1500 to win each race. June 8th will be the first of the Modified Twin 20’s, with July 13 being the second round of Modified Twin 20’s! With shorter laps in each feature event, it makes the drivers’ urgency to get to the front even more important and makes for some exciting racing!

A familiar voice is returning to the “Track of Champions” this upcoming season. Cowboy Paul Szmal will return to the head announcer’s chair to call what we believe will be some iconic Fonda Speedway history making moments in 2019. Paul was the announcer a few seasons ago at Fonda and has been the voice for many racetracks throughout his career. His knowledge of racing and history of the sport will make him a perfect fit into our team. Paul will be assisted by Jay Severson in the tower for the racing season, a knowledgeable duo to take the Fonda Speedway to victory lane in 2019 and beyond.

Welcome to Sunoco Racing as the title sponsor of the Modified division at Fonda Speedway in 2019!

Thank you Bruce Insinger of Insinger Performance for the outstanding support. Also, welcome to the “Track of Champions” the Montgomery County Office for Aging as they have signed on as the Fonda Speedway Limited Sportsman Divisional Sponsor!

The Street Stock division just got better as well as Trackside Body Works in Fonda, New York has jumped on board for the 2019 racing season!

To be the headline sponsor of the Street Stock division! Street Stocks will now race for a minimum of $200 to win each event thanks to Trackside Body Works!

Pro Stock “Best of 8” Series Announced for the 2019 Fonda Season!

Fonda Speedway management has been working hard on an incentive program for the popular Pro Stock division in 2019. Enter the “Best of 8” Series. On eight Saturday nights, the Pro Stock division will race for an increased $800 to win. The dates are as follows: April 20, May 4, May 11, June 8, June 22, July 13, July 20, and August 3.

The Fonda Speedway & the Glen Ridge Motorsports Park have joined forces to offer the first ever “Montgomery County Championships” between the two tracks starting in 2019. Separated by a mere three miles, the 602 Sportsman and Pro-Stocks will go to battle to find out who is the best in the county. Each division will use their eight best finishes at the Fonda Speedway, and their eight best finishes at The Ridge with a combined point system kept. There will also be two special challenge races, one at The Ridge on July 6, and Fonda Speedway’s challenge race slated for September 14.

If you grew up going to Fonda Speedway, you knew that on every Memorial Day weekend you could bank on seeing sprint cars at the “Track of Champions”. In 2019, that tradition will continue on as the Patriot Sprint Tour invades the speedway with the running of the 16th annual Earl Halaquist Memorial. Earl Halaquist was a six-time United Racing Club (URC) point champion, and “The Earl of Sidney” sits in the record books with 53 feature wins. Danny Varin is a two-time defending race champion and will look to three-peat at his hometown track in 2019.

602 Crate Sportsman weekly racing just got a little better for the upcoming 2019 racing season at the Fonda Speedway. Frank & Jason Greco from Greco’s Napa Auto Parts in Palatine Bridge New York have come on board to sponsor a weekly Hard Charger Award for the season. The driver who advances the most positions in the weekly 602 Crate Sportsman will receive a $100.00 gift certificate to their store in Palatine Bridge. A special sticker is being produced & must be on your racecar in order to be eligible for the award. In case of a tie, the certificate will be split. The offer is only valid at Greco’s Napa Auto Parts in Palatine Bridge, NY. We will announce when & where to grab your stickers!

On Saturday night, May 4, 2019 Bob Hilbert Sportswear presents Meet & Greet night at Fonda Speedway, and they are bringing along plenty of goodies! All race teams competing that night will receive a t-shirt, along with giveaway items for the 1st 100 fans to arrive at the speedway that day. Mr. Hilbert & his team will also have special giveaway items for the kids as well!

Fonda Speedway and Fuccillo Automotive Group have joined forces in a multi-faceted partnership for the upcoming 2019 season at the legendary Montgomery County Fairgrounds facility. Victory Lane at the hallowed “Track of Champions” is a destination racers aspire to reach. This season, the checkerboard square will bring even more meaning. Fuccillo Automotive Group has signed on to present Victory Lane for the entire season in memory of their longtime employee and avid race fan Mike Cole of Canajoharie, who worked at the Fuccillo Nelliston location. Mr. Cole passed away unexpectedly and the Fuccillo family wanted to honor him at the speedway.

Fuccillo Automotive Group has taken a title sponsorship role of the Wednesday, July 3 “Firecracker 50” at Fonda, featuring the first-ever appearance by the Bob Hilbert Sportswear Short Track Super Series STSS Fueled By Sunoco Racing big-block/small-block Modifieds. This 50-lap event offers $10,000 to win plus lap money and is sure to attract top drivers from the Northeast and Mid-Atlantic.

The Fuccillo Automotive Group “Firecracker 50” also includes the STSS Crate 602 Sportsman series for $1,500 to win and will be recorded for national broadcast on MAV-TV Motorsports Network, available to more than 35 million households across the country. And there’s more! Fuccillo Automotive Group will provide Fonda Speedway with an official pace truck for the entire 2019 season.

Sponsors for the 2019 Racing Season at Fonda!