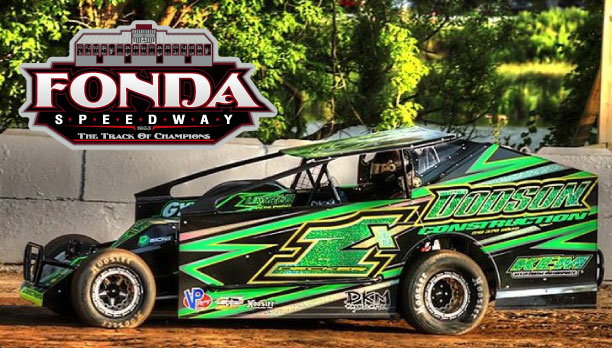 FONDA, NY – On the brink of Christmas, Fonda Speedway fans can Deck(er) the Halls.

Willy Decker, a Modified track champion at three New York State speedways, has announced plans to call Fonda home during the upcoming 2019 season. The Vernon, N.Y., driver will compete in the Sunoco Modified division driving for the Rich and Donna Dodson team.

Decker last raced as a Fonda regular every Saturday night during the Ric Lucia era at the famed Track of Champions.

“Fonda is going to be our home track,” offered Decker, 44, who a year ago raced for the Dodson operation at Brewerton (N.Y.) Speedway on Friday nights. “It’s been a long time since I raced there every week. We were on American Racers (tires) back then, too.”

Decker is an accomplished Modified racer in the Empire State. He owns a pair of Modified point titles at Utica-Rome Speedway in his hometown of Vernon (2005 & 2006), the ’05 title at Can-Am Motorsports Park in LaFargeville, N.Y., and the 2007 Brewerton Speedway Modified championship.

Fonda, however, remains a favorite for him.

“I’ve always liked racing at Fonda,” Decker said. “It definitely keeps you on your toes.”

With $2,400 to win weekly ($500 for 10th) and special events offering winner’s purses in the five-figures, competing at Fonda was a no-brainer for Decker and team.

“It’s the best deal around,” he said.

Decker will drive a DKM chassis with power provided by Billy the Kid Performance. The car will be outfitted with the familiar Dodson Construction green.

The Dodsons are based just miles from Fonda in Canajoharie, N.Y., meaning they’ll be able to race in their backyard every Saturday.

“We’re all looking forward to it,” Decker, who has a small-block victory to his credit at Fonda, bottom-lined.